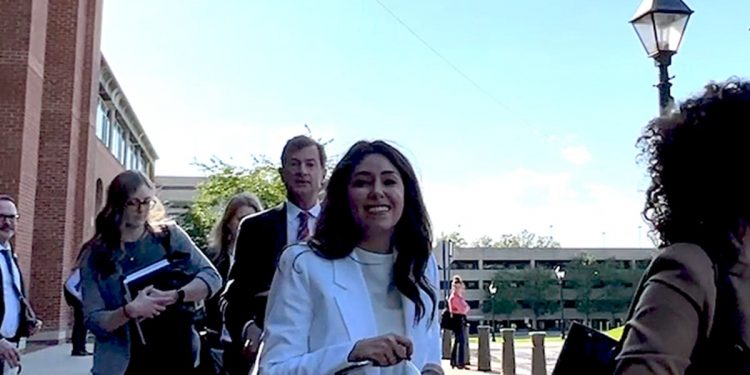 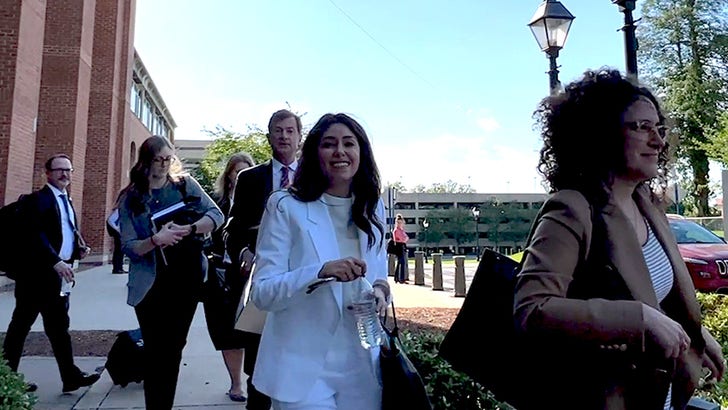 Camille Vasquez is staying tight-lipped about speculation that she and her client, Johnny Depp, might be a thing — but the answer is already out there.

The actor’s hotshot attorney was leaving court in Virginia Tuesday with the rest of the team, head up and looking proud of the intense cross-examination of Amber Heard they’d just put on for most of the day … particularly Camille, who was leading the charge.

A pap was outside and asked what a lot of people have suspected the past several weeks — namely, the notion she and JD could, perhaps, be dating.

Watch … she doesn’t offer much of an audible response, but her body language is kinda telling — a nod/smile, it seems. What it’s communicating, though, is up for interpretation we suppose … but, frankly, we already know what’s behind curtain #1 on this non-issue.

As we first told you … Camille and Johnny are not dating, despite all the innuendo and shipping going on among fans … of which there is a lot, especially online. 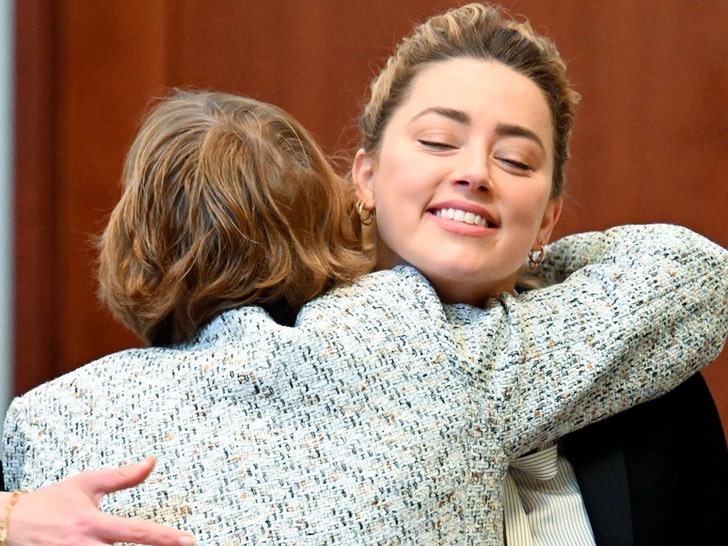 For what it’s worth … Amber’s shown her attorney some affection as well, but there’s no online buzz about anything going on over there.

As for Johnny and Camille, fans have circulated material on TikTok and other social media platforms believing something was up — but we’ve been assured … it’s much ado about nothing. Camille’s actually taken, so no … there’s no fire in this smokescreen.