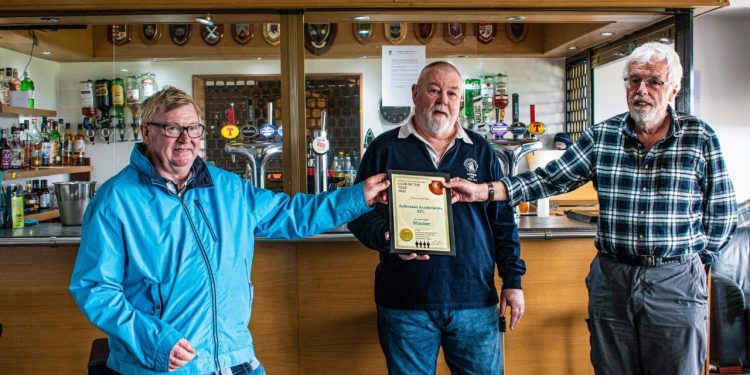 ARDROSSAN ACADEMICALS RFC have been crowned Ayrshire and Wigtownshire CAMRA (Campaign for Real Ale) Club of the Year.

They will now enter the next stage of the competition, competing against clubs from the rest of Scotland and Northern Ireland for CAMRA Club of the Year.

Given the club’s founding in 1921-22, this made the award presentation a double celebration alongside their centenary year.

From 2011 the Club have held an annual Real Ale Festival, which is widely attended and appreciated by the local community to generate funds for the club and although it is a private member’s club, visitors are more than welcome.