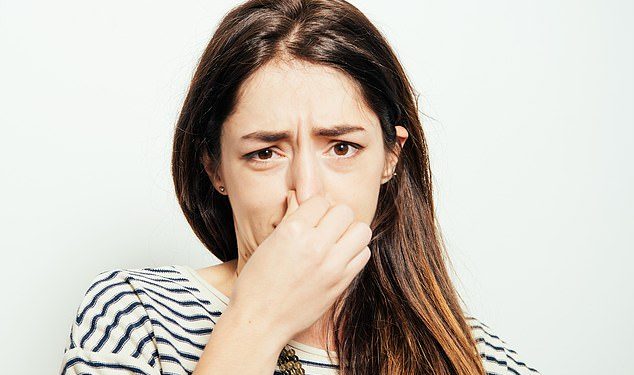 
Recently I had a colonoscopy. Despite sedation, it was the most painful procedure I’ve ever endured. Worse, it’s left me with dreadful wind. I’m an otherwise fit and healthy 80-year-old. My GP has suggested probiotics.

I am sorry you suffered such extreme discomfort during and after the colonoscopy. The good news is that there was no sign of disease, such as cancer.

But as for your current problem, I agree with your GP: the highly offensive gas you describe in your longer letter is because of a disturbance to the microbiome, the vast array of tiny organisms that live in our gut.

Somehow, the balance of these organisms has become altered so those that create malodorous gas, such as hydrogen sulphide and methane, are more prevalent.

Taking probiotics, as your GP has suggested, is a sensible way to tackle this. Look for products with a large number of bacteria per dose (at least ten million). In addition, try to eat fermented foods daily, as this will add more ‘good’ bacteria to your microbiome. I recommend live yoghurt and kefir (fermented milk that’s now widely available in supermarkets). 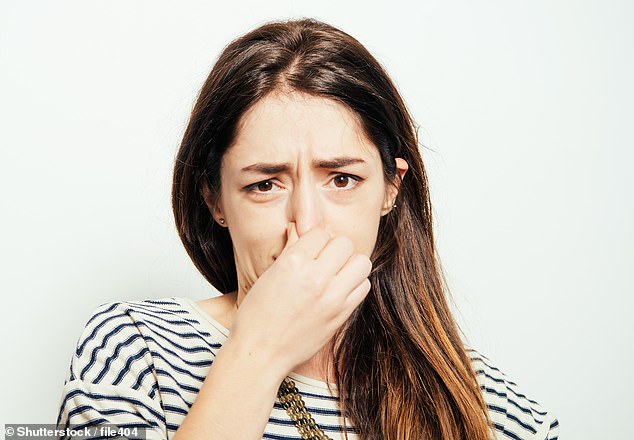 As for your current problem, I agree with your GP: the highly offensive gas you describe in your longer letter is because of a disturbance to the microbiome, the vast array of tiny organisms that live in our gut

Sauerkraut is another option, although this needs to be fresh from the fridge, rather than from a jar, as pasteurisation can kill off the very bugs you want.

And think about adding prebiotic foods to your diet. These contain the fibre that ‘feeds’ the friendly bacteria you want to encourage.

Making changes to your microbiome may take months, but there’s every reason for optimism.

Three months ago I had a giddy spell that put me in hospital. Later I was told a CT scan had shown a calcified meningioma [brain tumour]which came as rather a shock. My GP has told me it’s 8 mm, and is in the right frontal area of my brain.

Meningiomas are the most common type of brain tumour and are usually discovered only when the brain is scanned for other reasons. I suspect in your case this was to rule out a stroke.

Let me first reassure you that the word ‘tumour’ means lump, not cancer. Meningiomas are benign, slow-growing lumps in the meninges, the membrane that covers the brain. One study suggests they occur in about 1 per cent of the population, mostly in those aged 65 and over.

Meningiomas don’t usually cause symptoms — dizziness only occurs with a meningioma in the rear lower part of the brain. For those in the frontal lobes, as yours is (and particularly one as small as yours), I wouldn’t expect any symptoms.

‘Calcified’ means your meningioma has hardened and is unlikely to grow much, if at all.

I suggest that it is for those reasons your hospital doctors took no further action, though in my opinion the professional approach would have been to call you in and explain the findings. I’d suggest it’s advisable to have another scan after one year, with further scans depending upon whether there’s been any increase in size.

In one study involving 400 patients, just 11 per cent of meningiomas grew larger.

Treatment is only necessary when a meningioma becomes so large that it causes a neurological impairment, and then radiotherapy or surgery is advised.

In my nearly 40 years as a GP, I’ve never seen a case of meningioma becoming malignant.

In conclusion, the best course is watchful waiting, with a follow-up scan in due course.

Send your question to Good Health, Daily Mail, 2 Derry Street, London W8 5TT or email: drmartin@dailymail.co.uk. Replies should be taken in a general context. Consult your own GP with any health worries.

In my view: Patients are losing out

One of the best things about being a GP is the sense of doing something worthwhile — not least in our role as a medical friend and advocate for those who are ill, fighting the corner for troubled patients.

A key part of this is being available for patients when they need you. But that has greatly changed, hastened by the pandemic. This was reflected in the news last week that the approval rating for GP services has fallen to its lowest level ever.

Yet it’s too simplistic to blame the pandemic alone: it was the final straw for a public increasingly dissatisfied with general practice — something that’s been long-predicted by those of us who remember the days before the slide into a more limited service.

This was forced upon us with a cascade of changes, including the cessation of 24-hour care and the abandonment of patients having a named GP. As a result, patients no longer have the access they once enjoyed, and continuity of care has been lost.