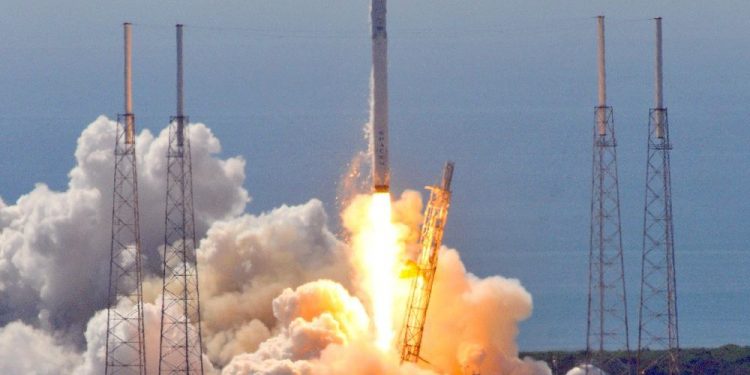 Buried deep within the legislation implementing Canada’s 2022 federal budget is a Criminal Code amendment that would explicitly extend Canadian criminal jurisdiction to the cosmos.

“A Canadian crew member who, during a space flight, commits an act or omission outside Canada that if committed in Canada would constitute an indictable offence is deemed to have committed that act or omission in Canada,” reads the measure included in Bill C-19, the 443-page document implementing the provisions of the 2022 federal budget.

Basically, the amendment means that if a Canadian commits a criminal offence while in space, they’ll be met by handcuffs once they return.

It also means, presumably, that Canadians can currently murder and rob all they want, provided that they do it while in orbit.

The technical lawlessness of space is a problem that has been identified by legal scholars for some time. The issue came to the fore in 2019, when a U.S. astronaut serving aboard the International Space Station was accused of committing history’s first-ever space crime.

Astronaut Anne McClain was accused by her estranged spouse, Summer Worden, of unlawfully using an ISS computer to access Worden’s online bank records — which Worden contended was a form of identity theft. The allegations were subsequently found to be false, and Worden now stands accused of lying to U.S. investigators.

Since 1985, nine Canadians have been to space on missions sponsored by the Canadian Space Agency. This has included Julie Payette, Canada’s recently resigned governor general, as well as Chris Hadfield, whose 2013 command of the International Space Station turned him into an astronaut celebrity of sorts.

The nine astronauts have all been highly trained government employees bound by a whole latticework of professional and international standards designed to keep them in check.

When it comes to the International Space Station, criminal jurisdiction is bound by the 1998 treaty creating the structure, to which Canada is a signatory.

Article 22 of the treaty states that anybody aboard the station is subject to the criminal jurisdiction of their home country. But even then, there remains a messy gray area in the event that an astronaut commits a crime against an astronaut of a different country. In that case, the treaty simply advises the countries of the two astronauts discuss their “respective prosecutorial interests.”

But the legal framework of space is changing as it becomes more populated with private space travellers. Earlier this month, Canadian businessman Mark Pathy was aboard Axiom Mission 1, history’s first fully private crewed mission to the International Space Station.

If Pathy had committed any crimes while on the International Space Station, he would simply have been charged by Canada as per the 1998 ISS treaty. If the crime had been committed aboard the SpaceX Crew Dragon capsule ferrying Pathy to the station, however, the stage could potentially have been set for a jurisdictional nightmare.

Canada has actually become embroiled in a legal scenario of this kind before, although it involved the legally ambiguous jurisdiction of an iceberg rather than space.

In 1970, a U.S. citizen living in a research station aboard a floating ice sheet shot a fellow researcher to death over a dispute involving a stolen bottle of homemade wine. Both the accused and the victim were U.S. citizens living in a U.S. facility, but the iceberg happened to be within Canadian territory at the time of the crime.

Canada ultimately waived its jurisdiction over the case, but the case spooked U.S. authorities into passing a 1984 law subjecting their citizens to criminal law in the event the alleged crime is committed “outside the jurisdiction of any nation.”

The Criminal Code amendment included in the 2022 budget was made specifically to prepare for Canada’s involvement in Lunar Gateway, a NASA mission to establish a permanent space station in lunar orbit. Ottawa has previously boasted that their involvement in the mission will mean that Canada will become only the second nation in history to send one of its nationals beyond earth’s orbit.

The amendment explicitly states that Canadian criminal jurisdiction will apply to the lunar station itself, and any “means of transportation” to the station. And just in case, “on the surface of the moon.”

Sign up to receive the daily top stories from the National Post, a division of Postmedia Network Inc.

The next issue of NP Posted will soon be in your inbox.