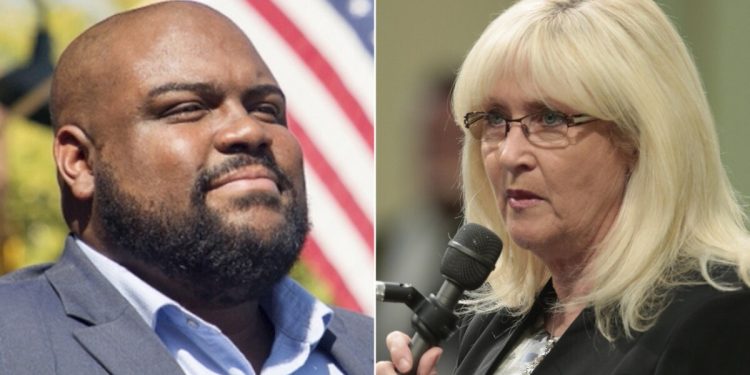 
Democratic newcomer Lourin Hubbard will advance to a runoff in June to replace California Republican Devin Nunes in the U.S. House, the Associated Press reported Friday.

Hubbard’s opponent will be former GOP legislative leader Connie Conway, who served on the Tulare County Board of Supervisors before being elected to the California Assembly in 2008. The onetime Assembly minority leader has led the vote count since Tuesday night.

Neither Conway nor Hubbard has filed to run for Congress in the fall, when district boundaries will change.

The winner of the June election will finish Nunes’ term representing the 22nd Congressional District. The San Joaquin Valley district’s boundaries currently encompass a majority of Fresno County and portions of Tulare County.

Mail ballots were sent to about 415,000 eligible voters in the two counties; fewer than 3,900 voters cast ballots in person. Election officials will count all ballots received by April 12 as long as they are postmarked by April 5.

Fresno and Tulare counties’ registrars of voters estimated the cost of the special election to be at least $1.4 million.

Earlier Thursday, before Tulare County released more results, Hubbard said he was confident he would remain in second place. His campaign, he said, was planning town halls and fundraisers in the two counties.

“It’s hard to articulate what this feeling is, because on the one hand, it’s crazy to think, ‘Yeah, I’m the guy,’” he said. “But on the other hand, just to know there’s folks out there that believe in your message and believe you’re the best person to represent them, it’s an incredibly humbling experience. I’m so grateful to have felt it.”

Conway, 71, said her team of supporters is already talking with constituents to ensure they understand the next steps and her platform.

“I think sometimes people may not understand your congressional representative is really our liaison to the federal government agency,” she said. “I really want to make sure the district gets the attention it deserves.”

With the once-a-decade redrawing of district lines following the latest census, nearly half of Nunes’ former district will become part of the new 21st Congressional District. The new 22nd District — which will encompass much of Kern County and portions of Tulare and Kings counties — will include just a small section of Nunes’ district.

First elected to Congress in 2002, Nunes championed the region’s agriculture industry and pushed back against environmental regulations.

He became a more polarizing figure when he aligned himself with Trump and began suing his critics, including one of his region’s hometown newspapers.

Guide to the Joe Biden Presidency