Capitol Police made a third of recommended changes, watchdog to testify 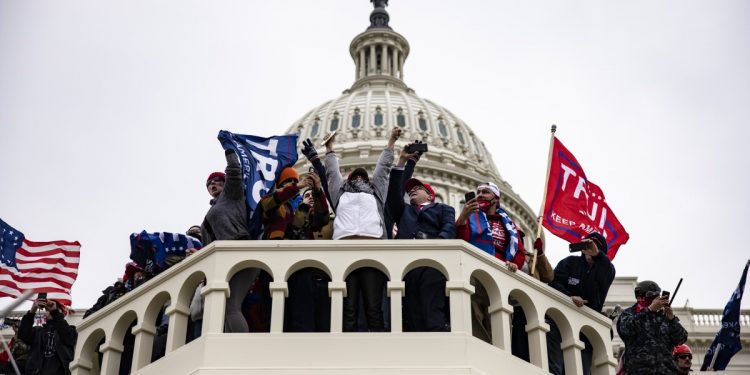 The Capitol Police force has not made the majority of his post-Jan. 6 recommendations, the department’s inspector general is expected to tell a House committee Thursday, and still needs more training and intelligence gathering to anticipate and protect against threats to Congress.

The government watchdog has released eight reports over the last 14 months looking at the law enforcement failures that contributed to thousands of Americans entering the Capitol on Jan. 6, 2021. The public quickly questioned why Capitol Police seemed so ill prepared for the insurrection attempt, which sent representatives and senators scrambling for safety and delayed certification of the 2020 presidential election results for several hours. The House Administration Committee is examining structural changes that might be needed to how the department operates.

According to Inspector General Michael Bolton’s prepared testimony, he will tell committee members that just 39 of his more than 100 recommendations for improving the department have been implemented. Bolton will tell the committee that the department has increased intelligence briefings for rank and file officers, but still lacks the training and intelligence gathering needed to act as a protective service, such as the Secret Service, and anticipate potential threats to members of Congress and the Capitol building.

“Although the Department has addressed some of our recommendations and have made security improvements throughout the Capitol Complex, much work still needs to be addressed in relation to Training, Intelligence, cultural change and Operational Planning,” he is expected to tell lawmakers.

Capitol Police referred The Times back to the statement the department released when Bolton last testified before Congress in December, agreeing that additional training and other improvements are needed.

Members of Congress have complained that the department isn’t equipped to address the soaring number of threats they face in Washington and in their districts.

House Administration Committee Chairwoman Zoe Lofgren (D-San Jose) said in advance of the hearing that “the Department can do more to fully implement the Inspector General’s important recommendations.”

The committee will also hear from a government watchdog group that says oversight of Capitol Police is inherently flawed because the agency’s governing board can easily fire the inspector general investigating internal problems. Like Congress, that board is not subject to the Freedom of Information Act and rarely makes information about its decision-making process available to the public.

We’re sisters and our sons are brothers, cousins and twins

We’re sisters and our sons are brothers, cousins and twins