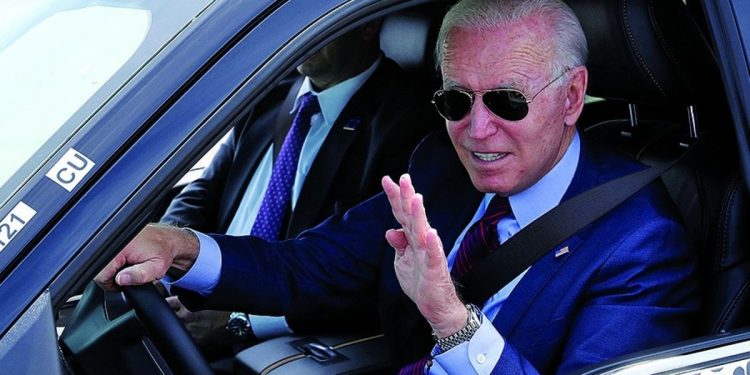 “An entire industry is being turned upside down in a short period of time. It’s extremely hard for us to adapt to something that new very quickly and be profitable,” said Wilson, citing major expenses such as acquiring new tools and equipment for EVs as well as revamping stores and installing EV chargers.

Wilson said the federal government should provide infrastructure for EVs, while automakers should help dealers attract and retain skilled labor.

“Training our people is a huge issue for us because it’s hard for us to get employees, and then we have to get employees that are willing to work on these EVs,” he explained.

Kjell Bergh, CEO of Borton Volvo Cars in Golden Valley, Minn., and a retailer for EV-only brand Polestar, said the Biden administration has positively affected his business, citing the president’s persistent focus on a green economy.

“We’ve been slow to adapt to electric vehicles, but once we get close to the tipping point, change happens extremely fast,” said Bergh, noting Volvo’s commitment to be fully electric by 2030.

“There has now been a very, very rapid increase in interest on electric vehicles, so we’ve most certainly benefited from that,” he said. “I think that needs to be acknowledged, regardless of whatever political persuasion you might subscribe to.”

There Will Be Food Crisis, the Question Is ‘How Large’

There Will Be Food Crisis, the Question Is 'How Large'