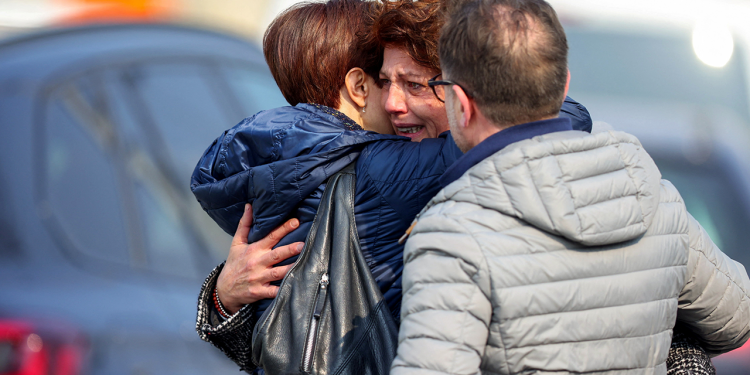 A car plowed into a group of people at a carnival in Belgium early Sunday, killing six people and seriously injuring 10 others, according to authorities.

“A car drove from the back at high speed. And we have a few dozen injured and unfortunately several people who are killed,” La Louviere Mayor Jacques Gobert said.

A crowd of over 150 were gathered in Strépy-Bracquegnies, located about 30 miles south of Brussels, at dawn for the start of celebrations of the carnival.

“At this stage, there are no elements to suggest that the attack had a terrorist motive,” prosecutor Damien Verheyen told a news conference.

Initial media reports stated the car had potentially been involved in a high-speed chase with police before the crash. The prosecutor’s office denied the reports later Sunday.

The driver and a second person were arrested once the car came to a stop.

“What should have been a great party turned into a tragedy,” said Belgian Interior Minister Annelies Verlinden.