Car review: if only our government could emulate the Porsche Taycan Cross Turismo’s style and substance 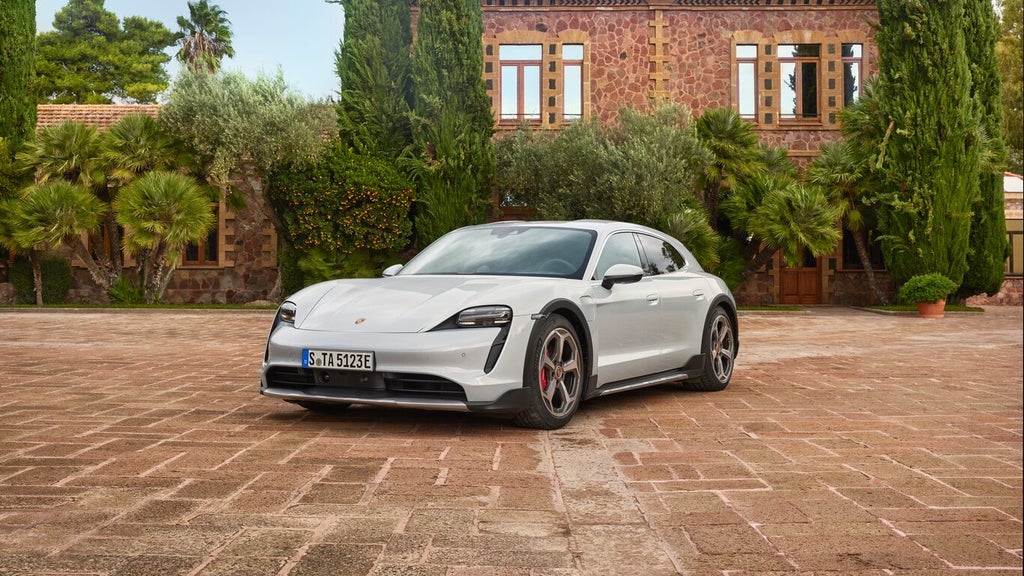 Pawing at the firmly upholstered nylon seats and rather plain dash of the Porsche Taycan 4S Cross Turismo, a pioneering all-electric super-estate car, my companion turned to me, quizzically: “Where’s the leather?” Understandable enough question. The last time we found ourselves stretched out in a £100,000 motor it was a new Mercedes-Benz S-Class, the last word in cosseting luxury, swathed in leather and splattered with big touchscreens and gadgetry, mimicking the Tesla, still the benchmark for this sort of game. The Porsche was much more austere, with a slightly mean display on the centre console, though mercifully easier to navigate than other VW Group products. The leather, though… the leather? Ah, there’s the rub, so to speak. You have to pay Porsche some £2,538 not to kit the seats out with the finest hides. That’s the twist.

There are plenty more twists, though. You’ll have noticed the recent shortages of petrol, a harbinger of things to come, and the record numbers of electric-only battery-powered cars now being sold. No doubt Cop26 will be on the minds of some; others will be motivated purely by the powerful sensation of smugness as they glide past the queues. Now we have a hold trinity of automotive twists that were it so very long ago thought inconceivable – a Porsche that’s all-electric, an estate, and which generates no noise inside or out. Now it all seems perfectly reasonable, and we’ve gotten used to such ideas, as if nature intended such bizarre things all along, rather like waking up one morning and remembering that Boris Johnson is prime minister.

Anyway, not quite like Mr Johnson, the Porsche is all about the effortless, fuss-free, elegant and smooth exercise of power, nuanced and subtle. With its adjustable air suspension, it has the best ride of any car I’ve experienced this year, which would include a Bentley and that Benz limo, and it is all the more remarkable because of the sheer heft it possesses – some 650 Newton-metres of torque, which is so stonking you’re straining the laws of physics a bit. Electric motors all have that low-down power, which is why even little battery cars are quick off the mark, though they tend to run out of puff. The Taycan, with its mighty motor and large battery pack, doesn’t.

Like all proper exotica, it has a “launch control setting” and has been equipped with four-drive (hence the 4S part of the name), so no matter how hard you push the accelerator or corner the car, within reason, you’re always in control. So you’re barely conscious (I exaggerate, but only a little) of hitting 60mph in 4 seconds, and on and on to 124mph in 13 seconds. It’s got a range of about 250 miles, realistically, which is a touch disappointing compared to a Kia, let alone a Tesla, though it’s a measure of how far we’ve come that such criticism can be levelled at a 149mph electric supercar that will seat five and carry a few bags. There you go.

If only our government could emulate such style and substance as the Taycan.

Whereas more fogeyish posh cars such as Bentley and Maserati feature nice expensive traditional timepieces at the centre of the dash, the Porsche, true to its sporting roots, has a gyroscopic compass, which is obviously irrelevant when it has sophisticated satnav (you can speak your instructions at it), but it kind of reminds you of what Porsche is all about. Its recognisably a Porsche, and they’ve somehow made it suit its gigantic alloy wheels, but you’d hardly call it beautiful.

The Tesla is still the more high-profile performance electric car, drenched in a west coast glamour and pretty much a “generic” brand now for upmarket battery-driven personal transport battery, analogous to Hoover or Biro, and of course Tesla has its very own reliable network of recharging points, as no other car maker does, unfortunately. Yet the Porsche, made by an old company in the old world (Stuttgart) is also a superb piece of engineering, and, I suspect will be somewhat more durable.

You Could Win Pappy Van Winkle Lineup for Just $100

You Could Win Pappy Van Winkle Lineup for Just $100