Cardenden girls will dance for Scotland at World Cup in Spain 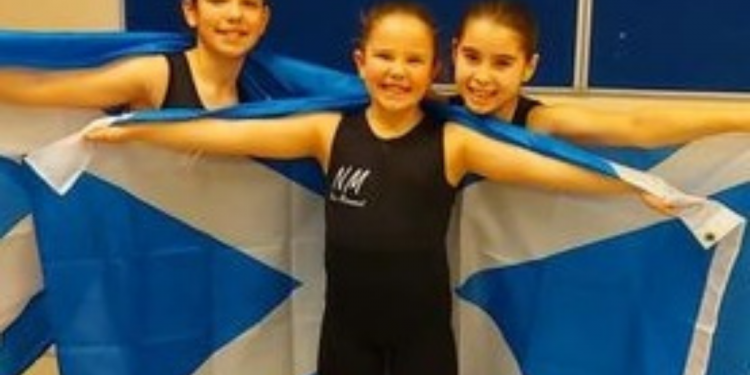 IT”S not clear if Scotland’s footballers will make it but three youngsters from the same Cardenden family have already booked their place at the World Cup.

But the trio, sisters Payton and Dakota Russell and their cousin Lacey Russell, will be heading to Spain instead of Qatar as they’re bidding to be the best on the planet in a different contest.

The girls all attend the New Movement Dance Company in Inverkeithing and will be jetting off to the Dance World Cup to represent Scotland in San Sebastian in June.

Kerri Russell, 37, mum of Payton and Dakota, said: “This has never happened before, three kids from the same family being selected, and we’re all so proud of their achievements.

“It’s like the Olympics of dancing as there are 60-odd countries taking part.

“Dakota, who is eight-years-old, is going to be dancing in various categories – solo lyrical, pairs lyrical, team lyrical and also team acro. Payton, who is 11, will be team lyrical and team acro along with my niece Lacey, who is also 11.”

Dakota is in P4 at Cardenden Primary School while Payton and Lacey are in first year at high school at Lochgelly and Glenwood respectively.

She continued: “They all decided to try and get into the World Cup this year even though it’s a very hard competition to get into.

“They had to do an audition on video and send it in.

“A very small number of people get selected but all three have been chosen to represent Scotland.”

In total there are nine dancers from the school, which runs fun dance and fitness classes as well as junior and senior elite performance teams, who will be off to Spain for the World Cup.

Kerri added: “My husband Craig and I are going too, it’s two flights to get there, and Craig’s mum Lynette.

“I work Wednesday to Saturday so she sorts everything, taking them dancing and getting their costumes ready, and we go to the competitions at the weekends when we can.”

Asked if dancing talent runs in the family, Kerri laughed: “No! I wish. It was really just to get them involved in something when they were younger.

“They dance five or six days a week, their whole life is taken up with dancing, and they’ve been at the dance school for a long time so it’s like a second family.

“It’s run by Stacey Anderson and Susan Thomson who are amazing coaches and so inspirational for the kids.”

She added: “Dakota has been dancing since she was four and actually qualified for the World Cup last year, in solo, when it was in England and she came sixth.

“Payton used to do gymnastics and then moved to dancing. It’s great to see them concentrating and giving so much to their dancing. We’re thrilled for them.”

The family are fundraising to pay for the trip to Spain and anyone who would like to help with sponsorship or donations can contact Lynette by emailing lintylou@hotmail.co.uk.

4-Year-Old Girl Has Been Missing Since Christmas 2020 – And Her Parents Refuse To Help Investigation!

Dying Light 2 gets off to a flying start on Steam • Eurogamer.net

Dying Light 2 gets off to a flying start on Steam • Eurogamer.net