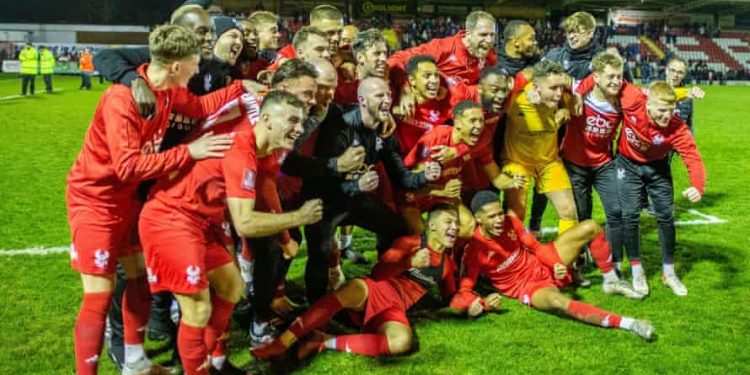 
WAR IS NOT OVER

In the lead-up to Thursday night’s Afcon semi-final between Cameroon and Egypt, a minor exchange of views broke out between Samuel Eto’o and Carlos Queiroz. Eto’o, formerly Cameroon’s star striker and now president of their federation, referred to the upcoming match as a “war”, causing Egypt coach Queiroz to respond philosophically. “Football is not about war,” he insisted. “Football is about celebration, it’s about joy, it’s about happiness.” And so the moment those words left his lips, it instantly became inevitable that Queiroz would spend the duration of the game on a rolling boil, a bain-marie of belligerence whose bellicosity would make Vladimir Putin sound like a member of the Beatles in 1967.

Queiroz was on one from the get-go, theatrically falling to his knees on the touchline after a full 12 minutes of action, in protest at the award of a garden-variety free-kick in midfield. Referee Bakary Gassama came across to give him the what-for, but not a word of the lecture sunk in, and the Egypt coach kept at it for the next 75 minutes, missing not a beat until he was yellow-carded for flapping his neck once too often. Then, a full three minutes after that, Gassama showed him a red for demanding action over some minor squabble or other. Cue jets of steam from the Queirozian lugs, and a chest-out march towards the official that for a split second looked like the precursor to the throwing of hands. Come along now, Carlos, remember your special words: celebration, joy, happiness.

Fortunately for Queiroz, he was pulled away mid-fume by his assistant Wael Gomaa and dispatched down the tunnel, where the words eff and jeff could be heard pinging off the walls. Gomaa was later shown a yellow card himself, his second of the tournament, which means both Egypt coaches will miss the final, a match their players will contest alone on Sunday thanks to Cameroon not bothering to practise penalties. Queiroz had barely calmed down by the time of his post-match presser, in which he accused Gassama of “wanting to put on a show” and coming into Egypt’s dressing room before the game “to intimidate our staff”. Egypt also furiously called on the CAF to push the final back to Monday, on account of their being a bit knackered, and Senegal having one extra day to prepare. In effect, it was a declaration of war on officialdom, made when they should have been joyfully celebrating a happy result. Oh Carlos! Remember your special words!

“I was apparently dancing around with a mop at midnight” – Kidderminster chairman Richard Lane on their FA Cup third-round upset against Reading and the proper old-school cup fever gripping the town before their last-32 date with West Ham.

“Even if I have no understanding of the competition, have no dog in the race, don’t know who the players are or have no financial interest, I still get incredibly nervous at a penalty shootout. I get no sense of victory or satisfaction, nor do I experience disappointment. Is this normal? Is there a cure? Is there a helpline?” – Michael Lloyd.

“Afcon Not 2021 sees referees with their names emblazoned on their jerseys. Can we expect this to become de rigueur in the Premier League, and with the penchant for first names and sobriquets in said league, perhaps we will see Mike Dean officiating with ‘Deano’ or ‘Miko’ printed across his shoulders?” – Kevin Worley.

“I was interested to read in yesterday’s Fiver the USA! USA!! USA!!! coach complain about ‘those countries’ that resorted to using heat and humidity to disadvantage visiting teams. In 1986, the Socceroos lost 2-0 at Hampden to Scotland. Instead of playing the return leg in Cairns, Townsville or Darwin in the middle of the day in December, it was played in Melbourne at night under lights. The 0-0 result meant Scotland qualified for Mexico, where they picked up one point and finished bottom of the group (roughly what Australia would have achieved). I am sure that faced with the same decision 40 years later, the FFA would make the same flamin’ mistake” – Drew Wagner.

“Your mention of the Snow Clásico took me back. As one of those who attended, I remember the excited crowd, the shirtless lunatics, and the snow sliding off the stadium roof on to unsuspecting supporters below. My proudest memory, however, was that I put some effort into remembering exactly where I’d parked my car – good thing since it was barely recognisable under several inches of snow by the end of the match” – Sarah Rothwell.

“For anyone who grew up in the Medway Delta or watched ice hockey games from the mid-1980s to the mid-2000s, there is another Ice Bowl that evokes a certain ‘notoriety’, namely Gillingham’s premier ice sports facility. When I read about USA! USA!! USA!!! trying to recreate it, I assumed they meant that the lights would randomly change if someone hit the boards too hard, that the broken PA system would resist any and all attempts to be repaired, that a significant number of seats would be in disrepair, that the floors would be so dirty you’d think twice about retrieving a dropped £1 coin, and that there would never quite be enough hot water in the away dressing room for every player to have a warm shower” – Ed Taylor.

Send your letters to the.boss@theguardian.com. And you can always tweet The Fiver via @guardian_sport. Today’s winner of our prizeless letter o’ the day is … Michael Lloyd.

Concacaf has expressed its “extreme surprise and concern” that the St Kitts and Nevis FA again claimed it consulted them over the appointment of a coach accused of sexually abusing and harassing female players in Barbados.

Steve Bruce is back, baby, and reckons the challenge of making West Brom boing back into the Premier League was too good to turn down. “If I didn’t think [they] could get [there], I wouldn’t be sat here,” he blabbed. “Is it a drug? Is it something inside you? It’s what you do. You go to work. I’m a spring chicken compared to [Mr] Roy.”

Pep Guardiola has admitted his relationship with João Cancelo was a bit like Weird Uncle Fiver’s with his parrot, Judy, before they really hit it off. “We struggled together in the first part where he arrived – we did not agree on many things, partly because of my mistakes,” parped Pep. “Now he is an incredible person and I’m so delighted that he’s happy.”

Frank Lampard’s Everton manager Frank Lampard reckons an FA Cup run could give FLE just the boost they need to pull away from all that filth at the bottom of the Premier League. “With the talent we’ve got we want to go as far as we can in this cup, and then we want to be able to carry on that momentum,” he tooted.

And Boreham Wood boss Luke Garrard is aiming to reward chairman Danny Hunter when the National League side head to Bournemouth on Sunday. “We are getting an opportunity to repay the chairman for what he did in the pandemic, paying us all 100%, paying for my food shopping, who does that, what chairman does that?” posed Garrard. “So if we can repay him with one small moment on Sunday, I will make a fat man very happy – and those are his words, not mine so I am not being disrespectful in any way, shape or form.”

Ten things to look out for from the 16 FA Cup ties this weekend have been flagged up for your attention.

Plymouth Argyle midfielder Jordan Houghton gets his chat on with Ben Fisher before returning to former club Chelsea on Saturday.

Meanwhile, Karen Carney on the perils of being the giant in cup ties.

“The board should resign: they came up with this”: Libby Brooks catches up with Raith Rovers fans after a shameful week for much of their club’s hierarchy.

Sid Lowe and David Hytner on Pierre-Emerick Aubameyang’s move to Barcelona and how he avoided doing an Odemwingie.