Caroline Robens trolled over tattoo of pit bull in armpit 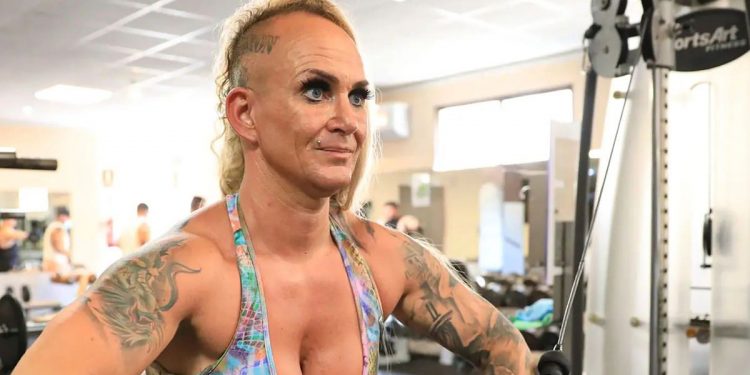 
A German influencer and reality TV star has been mocked by online trolls after showing off the tattoo she got in her armpit.

Caroline “Caro” Robens, 43, from Wuppertal, Germany, has lived in majorca since 2003.

She found fame on reality TV shows in her home country such as “Good-bye Germany” and “Das Sommerhaus Der Stars”.

But, after meeting husband Andreas, 55, they moved to the sunny Spanish island and opened a gym together.

Caroline said: “In 2010, I met Andreas here. We got married seven months later and opened the Irongym together one and a half years later.”

And, becoming an influencer felt natural to Caroline who quickly gained followers on Instagram.

Caroline said: “The real hype came after ‘Das Sommerhaus der Stars’, and now I’m always trying to get better at it.”

But, despite having 112,000 loyal followers on Instagram, she recently received a lot of hate over a snap of her new tattoo.

Caroline had a pit bull inked into her left armpit.

She explained: “This dog meant a lot to me. As you can see, I love tattoos and now there is less and less free space.”

“[It was a] “huge test for me for quite some time and I wanted it on my armpit. Said and done.”

Caroline added: “Martin Danree is a true artist and I had no problems with him.

“It’s just something different that not everyone has.

“I also didn’t like having such an empty spot there, even though my arms are full.”

But, while many of her fans supported her new artistic choice some were less than impressed.

“It’s a shame he didn’t bother, but you must like it.”

Tattoo lover Caroline said: “Many followers thought it was great, some didn’t, and of course, there were some completely unqualified comments from people who just wanted to add their two cents’ worth.

“Of course, if it’s decent criticism, I’ll gladly accept it.

“You don’t have to put up with everything, even when you’re in the public eye, even if many believe it.”

What do you think? Tell us in the comments section…