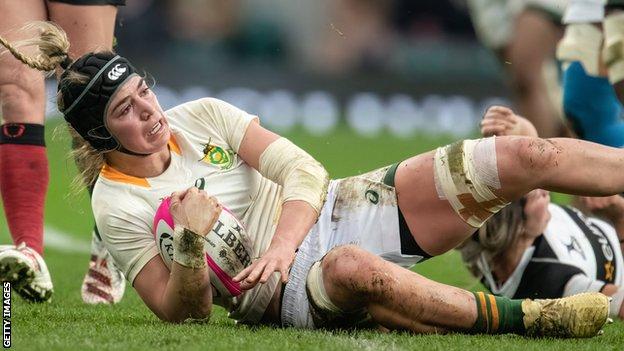 The 23-year-old won the first of four caps for the Springboks last August and has played Sevens for South Africa.

She was part of the South Africa side which played the Barbarians at Twickenham in November.

“It’s a world class environment that I have hoped to experience for a long time. I am excited to learn and develop from a brilliant squad,” Jacobs said.

Jacobs could make her debut for Sarries this weekend, having trained with the club for the past couple of months.

“Having watched her closely during the recent autumn internationals and after a short trial period at the club it was clear to see that she has great potential,” head coach Alex Austerberry told the club website.

“Physical, powerful and with a strong competitive streak, Catha has illustrated her quality. We are hugely excited about the potential for growth in her game and her desire to maximise her development.”