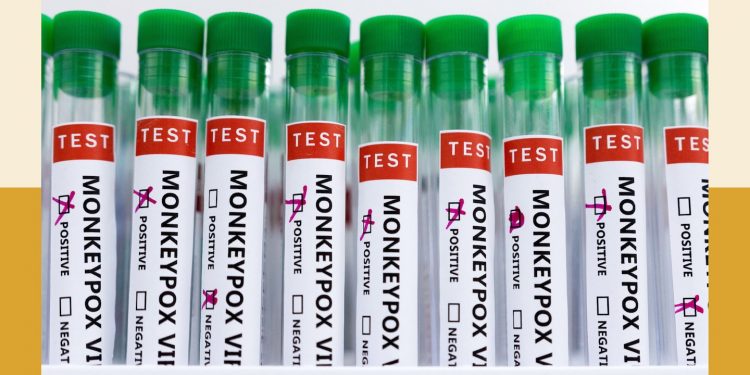 The Centers for Disease Control and Prevention has issued a monkeypox alert to travelers after cases were reported in North America, Europe and Australia. The Level 2 alert urged people traveling to “Practice Enhanced Precautions,” though the agency said the risk is low for the general public.

Confirmed cases of the rare disease have been found in countries including the United States, Canada, Australia, England, France, Italy, Spain, the Netherlands and Israel.

“None of these people reported having recently been in central or west African countries where monkeypox usually occurs, including the Democratic Republic of the Congo and Nigeria, among others,” the CDC alert says.

The CDC warned travelers to avoid close contact with sick people and wild animals such as small mammals and primates (living or dead). Travelers are also discouraged from preparing or eating wild game meat, and the agency said travelers should refrain from using products — such as creams, powders and lotions — made from African wild animals. The warning says to avoid contact with materials used by sick people or animals.

Monkeypox causes symptoms including headache, muscle aches and fever, along with lesions on the body, with illness lasting between two and four weeks, according to the agency. Infections typically arise through contact with the skin lesions or bodily fluids of people or animals that have been infected. Those include respiratory droplets. People can also get infected via contact with contaminated materials. The illness has been fatal in as many as 1 in 10 people in Africa.

The CDC advised seeking medical care if you have a new rash on your skin without explanation, keeping away from others, and, if you think you could be infected, staying off public transportation until you have been cleared.

An infection in Massachusetts was the first identified this year in the United States. Health authorities have shared concerns about the increase in cases. However, they have also said the virus is significantly less transmissible than the coronavirus.

President Biden said Monday he did not expect a quarantine would be needed to curb the spread of monkeypox in this country. “I just don’t think it rises to the level of the kind of concern that existed with covid-19, and the smallpox vaccine works for it,” he said at a news conference.

Studies indicate the smallpox vaccine is, at minimum, 85 percent effective against monkeypox, per the CDC.