The former “Real Housewives of New York City” star and her six-person team will mostly operate in New York City, the Hamptons and South Florida.

Former model and star of The Real Housewives of New York City Kelly Bensimon is launching her own team at Douglas Elliman, The Real Deal reported on Monday.

Bensimon joined Douglas Elliman in August 2019, and brought in $110 million in luxury sales in 2021. She was also awarded a 2022 Ellie Award by Douglas Elliman for Rookie of the Year, according to her bio on the brokerage’s site. 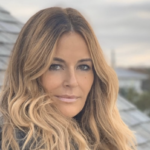 “Trust is everything, and I don’t take my business lightly,” Bensimon told The Real Deal. “I just want to be able to use my connectivity and build my team and expand.”

Bensimon grew up in Rockford, Illinois, and began modeling when she was 15 years old. In 2009, she was a cast member of Bravo’s The Real Housewives of New York City for a memorable three seasons.

She started her real estate career in 2017 with Dolly Lenz Real Estate, joined Warburg Realty in March 2018, briefly returned to Dolly Lenz, and ultimately joined the Holly Parker Team at Douglas Elliman in 2019.

“I just needed a strategic partner that could help me with both residential and commercial [deals], so that’s why I went to Elliman,” Bensimon told The Real Deal in 2019.

Thus far, Bensimon said her network has proved extremely helpful to her clients. She recently was able to put a client looking for a roughly $30 million-range apartment in downtown Manhattan in touch with a friend who was selling an apartment for $30 million. Ultimately, the property, 150 Charles, unit 9C, sold to the client for $42 million, but both parties were left satisfied.

“Once you work with ultra-high-net-worth investors and they recognize that you listen to what they want and you can actually follow through, your world really opens up,” Bensimon said.