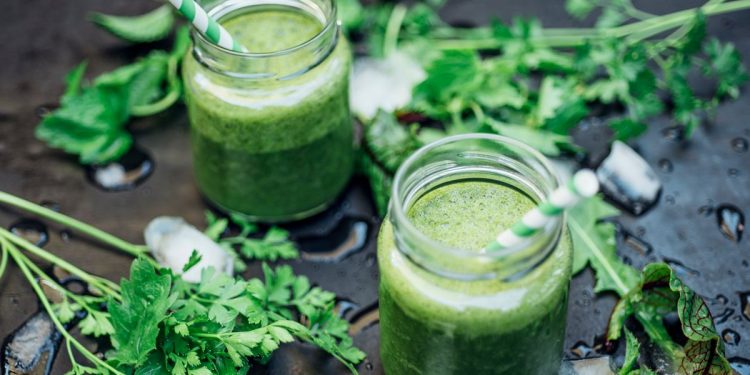 
A wellness psychologist claims one type of green juice can burn body fat and speed up the metabolism.

Many dieters resort to slimming brands and crash diets for quick weight loss, but according to a wellness adviser, there is a more natural solution.

Visceral fat, also known as ‘hidden fat’, is the stuff that’s stored deep inside the belly and can prove hard to budge, according to Manchester Evening News.

The fat is caused by sugary foods and drinks, alcohol and refined grains.

According to wellness psychologist Ieva Kubiliute, coriander juice may be the secret to getting rid of it.

Coriander leaves, seeds, flowers and fruit are packed with high contents of antioxidants, which help with digestion, according to Express.

“It works by increasing your metabolism, thus burning more calories at a faster frequency.

“You may not like its taste, but blending with lemon juice improves the flavour and gives more effect.”

In one study published in the Journal of Agriculture & Biology, researchers investigated the effects of dietary supplementation with coriander seeds on visceral adipose tissue lipid storage in growing rats.

Tests were not carried out on humans.

Rodents were fed either standard rat chow or a standard chow supplemented with crushed coriander seeds.

After five weeks, researchers found a marked difference in the visceral fat among different rodents.

The researchers explained: “While dietary supplementation with coriander did not affect the lipid content of the liver, it significantly increased the amount of monounsaturated and polyunsaturated fatty acids in the visceral adipose tissue where it also decreased the fatty acid content.

“Coriander increased the omega 3: omega 6 ratios in the visceral adipose tissue which may explain its health benefits.”

The findings are consistent with further research published in the Journal of Animal and Veterinary Advances, which studies the effects of supplementation with coriander seeds.

The findings of the study confirmed the hypolipidemic and antioxidative function of the seed in quail.

Again the study was not carried out on humans.

However, a limitation to both studies is that they were conducted on animals, so further research is needed to establish the clinical relevance of coriander juice to treat visceral fat in humans.

Visceral fat is also accumulated due to a sedentary lifestyle, so exercising regularly could help shed weight.