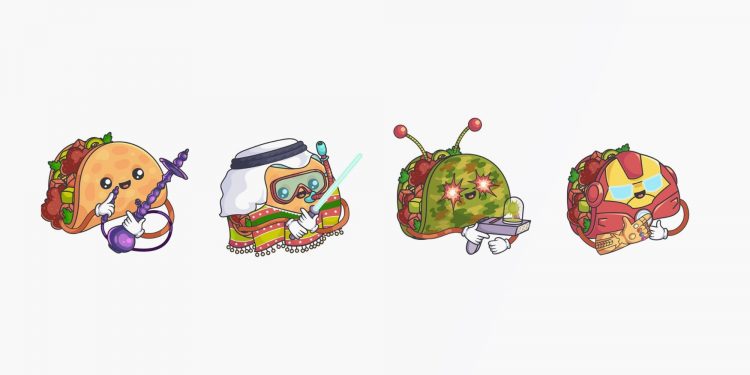 Alcoholic beverage companies are starting to look to the metaverse and NFT’s to get closer to their target audience. It’s not just about virtual distilleries and exclusive benefits for concerts . No, there are also virtual tacos to celebrate Taco Day on March 31.

Victory Beer a Model group brand, has announced that it will be raffling off a series of digital tokens (called Victoria NFTacos !) that can be exchanged for real tacos for an entire year. To participate, users must be of legal age and register on this site.

Victoria beer has revered Mexican culture to create a strong and differentiated advertising campaign. From the Day of the Dead to wrestling, through the mariachi and Mexican cuisine. Last year the brand created Taco Victoria on the occasion of Taco Day. Created by chef Pablo Salas, the taco mixed battered fish with pork rinds to provide a unique gastronomic experience. Now the brand goes further and takes its strategy to the digital environment. Although so far there are no further details about the promotion, the idea of NFTaco has been enough to attract attention.

Victoria is a Vienna-type beer that began to be produced in Mexico in 1865. It is considered the oldest beer in Mexico and Grupo Modelo (which acquired it in 1935) has known how to position it as a Mexican product, always highlighting national pride. In fact, he has incorporated the term chingón, a 100% Mexican word, into his narrative.

This #TacoDay is accompanied by Victoria and lived with the surprise of the arrival of our first collection of digital tacos. https://t.co/fgkSYz5Zsh

The rise of NFT’s and the metaverse is indisputable. More and more brands are adding virtual elements to their marketing strategy and not only in the United States, but throughout the world. There are plenty of examples: Kingship, the virtual band created from the famous NFT’s Bored Ape Yacht Club; Adidas with a collection based on those same NFT’s; the 12,722 tokens Bud Light released for the SuperBowl.

The list is long and one thing is for sure: it will continue to grow.