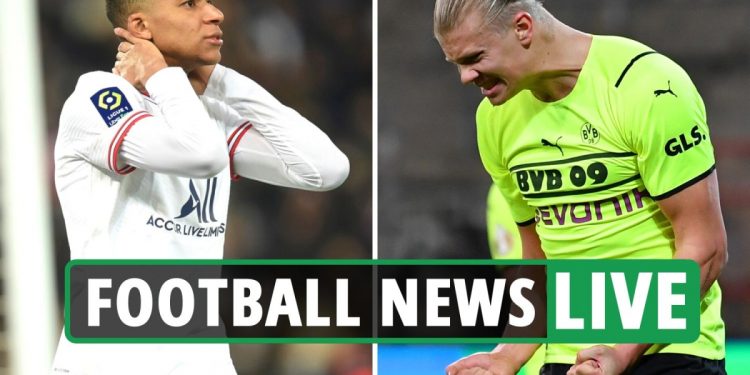 Real Madrid are confident of beating Manchester United and City to Erling Haaland.

And Leicester boss Brendan Rodgers admits the future of United, Liverpool and Arsenal target Youri Tielemans’ future is up for grabs.

But after a ‘secret meeting’ last week Real hope they can win the summer race for Borussia Dortmund’s goal machine.

Meanwhile, Rodgers admits the Foxes should be realistic about their chances of keeping Tielemans.

The £64m-rated Belgium midfielder has 16 months left on his contract amid suggestions he fancies joining Liverpool.

Lacazette and Eddie Nketiah are tipped to follow fellow striker Aubameyang out when their contracts expire this summer.

But reported Gunners’ target Armando Broja won’t rule out quitting Chelsea in the summer as the Albania forward shines on loan for Southampton.

Ex-Arsenal playmaker Jack Wilshere, 30, might join Serie B side Como or a Greek Super League club this month.

And Newcastle wing-back Kieran Trippier faces six weeks out after surgery on a broken foot.

Finally, Man Utd will go fourth if they win tonight’s only Prem match, at home to Brighton.

Money dates: how to talk to your partner about your finances | Money

Money dates: how to talk to your partner about your finances | Money