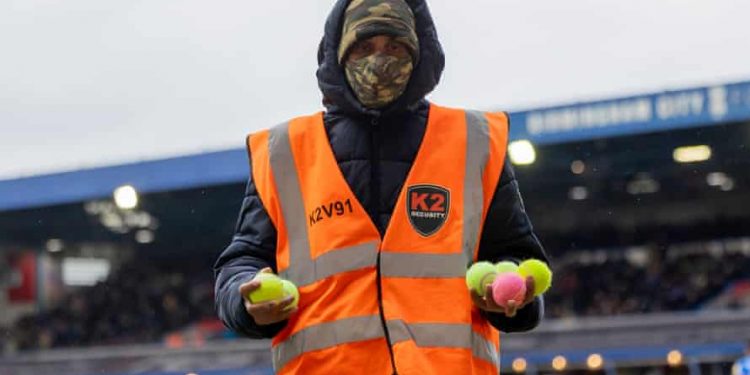 
Bournemouth staged a late comeback to beat Blackpool 2-1 and stay within six points of Fulham at the top of the Championship.

Blackpool, who were bidding for a fourth consecutive home win, took the lead through Josh Bowler in the 37th minute but Jamal Lowe equalised in the 86th minute and Siriki Dembele scored an injury-time winner for Scott Parker’s second-placed side.

Fulham had to wait until the 57th minute to break the deadlock against Hull, Aleksandar Mitrovic equalling the Championship’s scoring record by netting his 31st of the season to clinch a 1-0 victory.

The surprise of the day came at Oakwell, where Barnsley claimed their first league victory since early November against QPR, who slip to fourth. The only goal of the 1-0 win came from Domingos Quina in the 74th minute.

Middlesbrough and Derby settled matters off the pitch this week, and on the pitch it was Boro who came out decisively on top, winning 4-1.

Four of the goals came in the first half. A Lee Buchanan own goal put Boro ahead but Max Bird equalised, before two goals just before half-time from Aaron Connolly and Matt Crooks gave the hosts daylight. Substitute Duncan Watmore struck within moments of coming on to make it four in the 89th minute.

Birmingham claimed a valuable 3-0 victory over Luton despite a first-half protest from fans, who threw tennis balls onto the pitch, briefly halting the game. Juninho Bacuna grabbed his first goal for the club in the 25th minute, with Lyle Taylor and Onel Hernandez both finding the net in the second half.

An eventful afternoon in Reading saw the 10-man Royals beaten 3-2 by Coventry. Lucas Joao’s opener was cancelled out by goals from Dominic Hyam and Michael Rose either side of half-time. Andy Yiadom drew Reading level again shortly afterwards but Junior Hoilett was sent off for a rash challenge and Coventry took advantage through Ian Maatsen.

Nottingham Forest salvaged a point in a 2-2 draw with Stoke despite ending the game with defender Joe Worrall in goal.

Forest had led through Brennan Johnson’s 56th-minute goal but Josh Maja equalised and, with five minutes left, goalkeeper Brice Samba took exception to a nudge from Phil Jagielka and hit him in the head. That earned Samba a red card and, with the hosts having used all their substitutions, Worrall went in goal to face a penalty from Lewis Baker. He was unable to save it but Forest dramatically equalised in added time through Ryan Yates.

There were three late goals at Millwall, where the hosts were 2-1 winners over Cardiff, Murray Wallace and Mason Bennett scoring for the Lions before Joel Bagan made it a nervy finish.

Cameron Archer netted 10 minutes from time to earn Preston a 1-0 victory at Peterborough, while Huddersfield and Sheffield United played out a goalless draw.

Skylines players warned to check for malware after malicious code is discovered in mods • Eurogamer.net

Skylines players warned to check for malware after malicious code is discovered in mods • Eurogamer.net