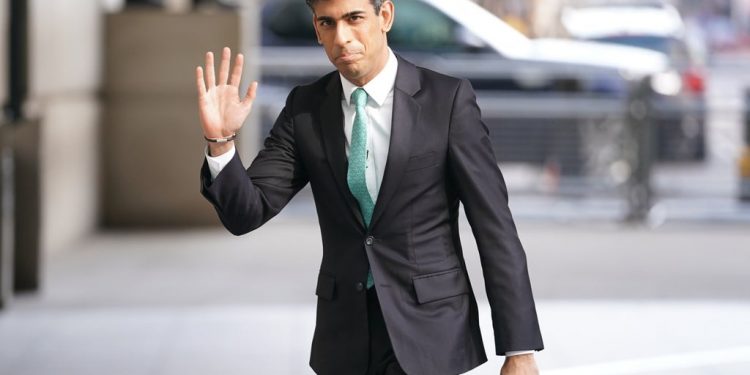 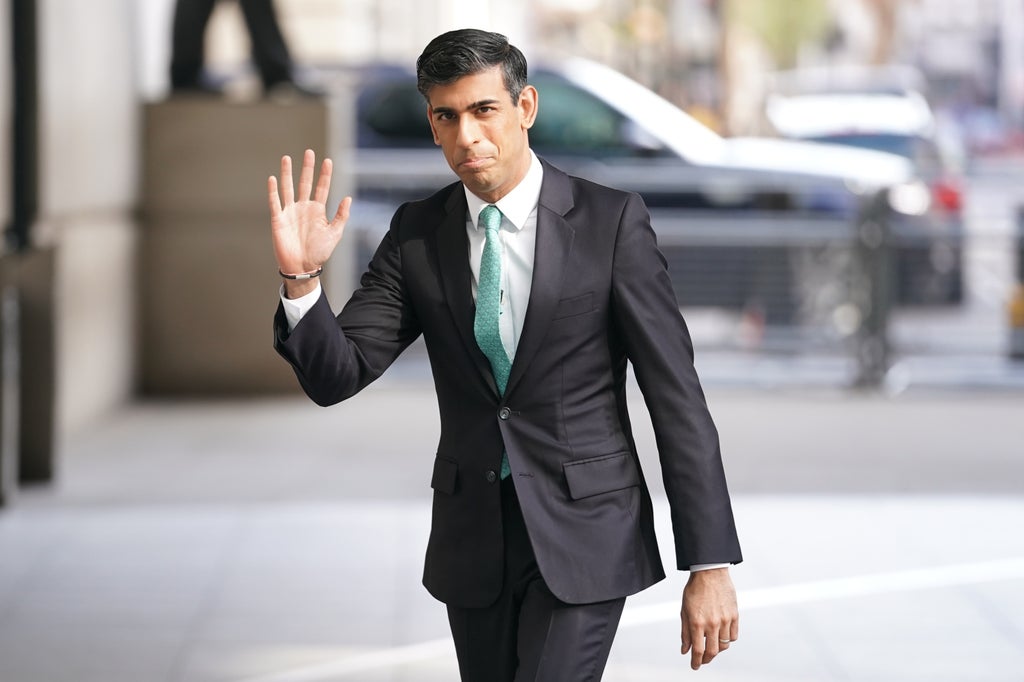 ressure is building on Rishi Sunak to unveil new plans to help struggling households as he is set to vow to “stand by” British families amid the deepening cost of living crisis.

The Chancellor, who will deliver his spring statement on Wednesday, will link strengthening the UK economy to opposing Russian President Vladimir Putin’s invasion of Ukraine.

Beyond rhetoric on the Kremlin, Mr Sunak will be forced to address a crisis at home – with Labour dubbing him the “high-tax Chancellor” and the Federation of Small Businesses (FSB) urging him to provide more help.

It has been suggested Mr Sunak may look to ease the burden on the taxpayer by cutting fuel duty and raising the income threshold at which people begin to pay national insurance.

The Financial Times reported on Tuesday evening that forecasts in the statement will show the deficit is better than expected this year, to the tune of £20 billion.

However, the newspaper said Mr Sunak is planning to set aside a large part of this windfall cash – rather than investing the full sum in driving down the cost of living.

Mr Sunak is expected to outline further plans to support households facing financial hardship, with the FT, The Times, The Telegraph and The Guardian all reporting that these are predicted to include a cut to fuel duty.

It is also anticipated he will tell MPs in the Commons that having a strong economy is vital in tackling Moscow’s aggression.

“So when I talk about security, yes – I mean responding to the war in Ukraine,” he is expected to say.

Those struggling to pay their energy bills will be hoping for new support from the Chancellor, as charity Citizens Advice said it was “continuing to break unwelcome records… issuing more food bank vouchers and referrals to charitable support than at any point since the start of the pandemic”.

Dame Clare Moriarty, the organisation’s chief executive, said: “In his spring statement, the Chancellor has a crucial opportunity to stem the tide of this cost of living crisis.

“Increasing benefits in line with inflation, expanding the Warm Home Discount and announcing a more generous energy rebate should be top of his list.”

MPs were told on Tuesday that the measures which had already been announced were “insufficient for the scale of the crisis we’re facing”.

Gillian Cooper, head of energy policy at Citizens Advice, told the Commons Business, Energy and Industrial Strategy (BEIS) Committee: “We have to recognise that there are millions of households that are simply unable to cope with the energy bill increases that we’re going to see this year.”

The rocketing energy bills faced by households have been caused in part by a post-pandemic rise in demand for gas, with lower levels of production. This was only exacerbated by the war in Ukraine.

A planned hike in national insurance contributions, combined with forecasts that wages will rise slower than inflation, will also take a toll.

A briefing from the House of Commons library said the cost of living across the UK has been rising since early 2021, while in January this year inflation reached its highest recorded level since 1992.

The Chancellor has already announced a £200 loan to gas and electricity payments from October – although not until the price cap jumps 54%.

In addition, certain households will get a £150 council tax rebate in April.

The Treasury has said the measures announced so far add up to around £21 billion of support this year, taking in the rebate, changes to Universal Credit and the freezing of fuel and alcohol duties.

Mr Sunak is also expected to set out how the Government plans to create a new culture of enterprise, helping the private sector to train, invest, and innovate more.

Other options available to the Chancellor include adjustments to VAT in certain sectors and an uprating of benefits in line with new inflation forecasts.

Labour, meanwhile, unveiled analysis claiming Mr Sunak was on track to have raised more tax than any chancellor in 50 years.

They said the “high-tax Chancellor” had added an extra £27.3 billion onto the tax burden of UK businesses and householders since the 2020 Budget.

The party is expected to say Mr Sunak is now faced with a choice over a rise in national insurance to further hit households, or to impose a one-off windfall tax on oil and gas producers.

Shadow chief secretary to the Treasury Pat McFadden said: “Over a decade of Tory Government, the economy has grown far slower than when Labour was in power, and it is set to grow even slower in the coming years.”

The Office for Budget Responsibility (OBR) previously said that by the end of this Parliament the tax burden as a proportion of GDP would be at its highest level in 70 years, as Labour said no other G7 economy was putting up tax on working people this year.