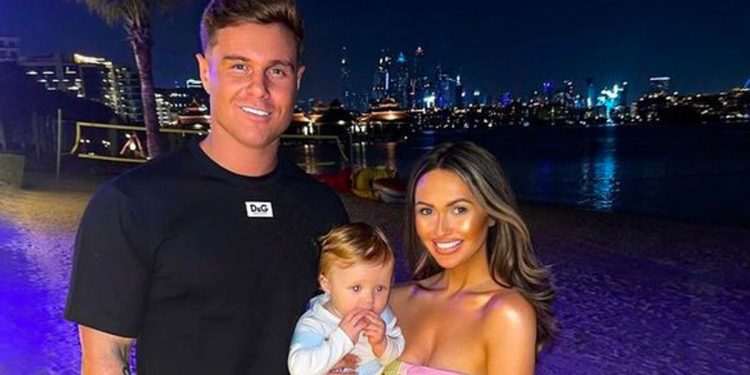 
Charlotte Dawson and her fiancé Matt Sarsfield have unfollowed each other on Instagram, shortly after she announced a break from the platform amid “awful news.”

The reality TV star, 29, told fans on Tuesday night that she would be taking time away from social media to “come to terms” with some news that she had received recently.

It now appears that the Ex on the Beach alum and her rugby player beau, 30, – with whom she shares 14-month-old son Noah – have unfollowed each other on the platform.

The couple – who have been engaged for almost two years – weren’t among the accounts listed in each other’s followers when the Mirror checked their profiles earlier.

The news was first reported by OK! this afternoon and comes shortly after Charlotte told her followers earlier this week that she had received some “awful news.”

She told fans that she needed to process the news, but assured in the post that her infant son Noah – who was recently rushed to hospital – was doing okay.

Addressing concerned fans, Charlotte commented in the post: “Receiving so many messages why I’ve been quiet and is Noah ok. [He’s] absolutely fine, he’s amazing.”

She however continued in the recent post: “It’s me that’s not ok. We have had some awful news and just trying to come to terms with it. Will be back soon. Love you all.”

It came just days after Noah had been rushed to hospital following a head injury which she had said left him “projectile vomiting and passing out,” with him having been “dizzy.”

Charlotte had told fans that he had banged his cheek and head on the leg of a table, which had led his symptoms – which had concerned the youngster’s family.

She revealed that he had been taken to hospital, where he was checked out by medics and later given the all clear to return home – though the incident had scared Charlotte.

Recalling the ordeal, she had said that it had “terrified” her. The mother-of-one suggested it had been a long evening in hospital but was glad to have had Noah assessed.

5 Tips To Elevate Your Real Estate Presence On Social Media