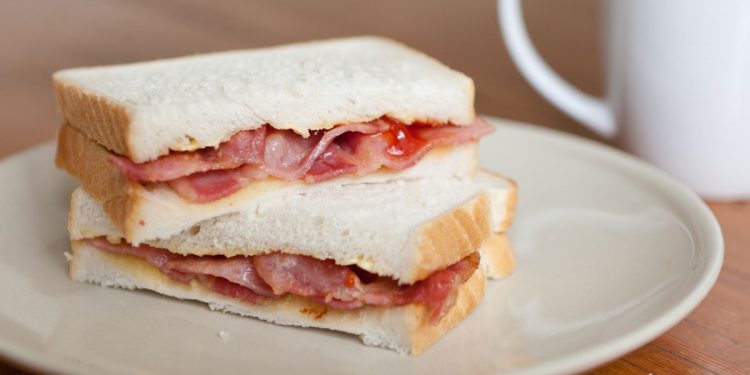 The 72-year-old French chef, has labelled the food item as a ‘stain on the UK’s heritage’ as he urged Brits to ditch it.

Instead, the cook, who is originally from Besançon, but now lives in Oxford, has urged Brits to make their own loaves instead.

Speaking to The Sun, the famous restaurateur said: “Everyone should start doing their own sourdough or focaccia — because white sliced bread is a stain on Britain’s food heritage.”

He also said that he’s horrified by the number of additives in slice white bread, referring to The Bread and Flour Regulations 1998, which requires industry brands to add iron, calcium, thiamin and niacin to all wheat flour except wholemeal flour.

The chef added: ‘It’s frightening because you see white bread in a bag for two weeks without a bit of mould.

“You wonder what the hell is in it? It is simply bad food.”

As well as claiming that Brits are putting their health at risk, Blanc also said that they’re missing out on array of flavours for their morning bacon sarnies – as he suggested homemade sourdough as a great alternative.

He said that baking your own bread would be a nod to British ‘heritage’ and claims it would be ‘twice as good’ as the shop bought options.

Last year, the celeb chef took aim at hospital food when he was treated for Covid at the John Radcliffe Hospital.

Although he gushed about the excellent care he received at the hospital, he was unimpressed by the food on offer at the Oxford hospital, describing it as a ‘shock’.

However, he said there was one saving grace, — the pudding – as he called the ice cream ‘excellent’ and labelled the custard and plums as ‘always amazing’.

Blanc ended up in intensive care, but refused to be put on a ventilator, fearing he wouldn’t survive.

He later treated 50 doctors and nurses to a slap-up champagne lunch at his two Michelin-starred restaurant, Le Manoir aux Quat’Saisons, where diners usually pay around £250 a head.

It’s estimated that the treat would have cost him more than £12,000.