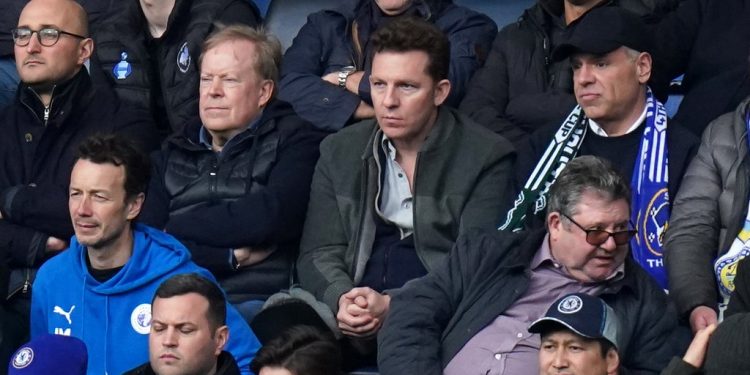 The sale of Chelsea FC continues to drag on as the New York merchant bank overseeing the process, the Raine Group, compiles a shortlist of three preferred offers. The various interested parties had expected to receive word on whether they had made the final three early this week but the complexity of the deal and information involved has meant more time is needed, despite the clear urgency of the matter following Roman Abramovich’s santions by the UK government.

British property tycoon Nick Candy revealed he “significantly” increased the amount offered for the club. American-backed bids from LA Dodgers part-owner Todd Boehly and Chicago Cubs owners the Ricketts family are among the frontrunners to take over – although a supporters group have expressed their distaste at the Ricketts bid – while Sir Martin Broughton and Lord Sebastian Coe have a potent offering lodged and Saudi Media Group is another of the bids understood to carry clout. London-based global investment firm Centricus confirmed its bid to buy Chelsea on Monday, with a consortium comprising four Blues supporters.

Chelsea are currently banned from selling match tickets to fans but the FA are ‘working with government’ to allow Blues fans to purchase tickets to their upcoming FA Cup semi-final against Crystal Palace.

Chelsea supporters view the Ricketts family’s bid to purchase the club with “universal disdain” owing to their political views and donations and want it to be rejected, according to the leader of a prominent fans’ group.

The Blues have been up for sale since current owner Roman Abramovich’s British assets were frozen by the UK government in response to the Russian invasion of Ukraine.

As one of Russia’s most wealthy oligarchs, Abramovich’s relationship with president Vladimir Putin has caused concern and both the UK and European Union have moved to reign in his financial power. The ramifications for Chelsea have been significant — the club is currently unable to conduct day-to-day transactions including retail and ticket sales and the renewal of player contracts.

Who are the candidates to take over Chelsea?

Here is a look at some of the potential suitors looking to take over Chelsea. Not all the parties interested in purchasing the club have chosen to make their bids or backers public, with the Raine Group assessing that information before deciding on the three most viable candidates.

Chelsea suitors’ anxious wait to discover the shortlist of preferred bidders for the Premier League club continues to drag on.

New York merchant bank the Raine Group are still believed to be compiling the bids to whittle down a shortlist as tight as three offers.

The interested parties bidding for the Blues had initially expected to receive word on their candidacy on either Monday or Tuesday.

But the complex nature of the bids and sheer volume of information left Raine opting to take more time putting together that shortlist.

By close of business in the UK on Tuesday the various bidders for Chelsea had not received an update on the process. And Raine could require several more days yet to finalise the list.

Brian Wolff, head of the Chelsea Chicago Supporters Club, said in a statement: “I’ve had a unique position hearing what supporters in Chicago and worldwide have said regarding the Ricketts family’s bid for Chelsea,” he wrote in a statement posted on Twitter. “I can report the vast majority of opinion has been of universal disdain.

“The Ricketts’ political donations, fundraising and support for candidates who do not share the inclusive views of Chelsea Football Club and its supporters are wholly inconsistent with 19 years of fantastic work done by the club and the Chelsea Foundation, most notably as a leader in committing to a living wage and efforts to protect and promote equality for BAME and LGBTQ+ communities.

“Their ownership of Chicago Cubs baseball and redevelopment of Wrigley Field raises serious doubts whether they will build upon the club’s success on the pitch, and also the continued existence of the Chelsea Pitch Owners and the goal to keep Chelsea Football Club playing at Stamford Bridge at our forever home.

“On behalf of countless supporters worldwide, I urge you to reject their bid for ownership of Chelsea Football Club in favour of others who will commit to not only building upon the last two decades of investment in players and infrastructure, but equally important, the investment in supporters and the values we hold dear.”

The Ricketts family have offered to meet Chelsea fans to allay concerns over its potential ownership after a fierce backlash to the Chicago Cubs owners.

A statement read: “Our family rejects any form of hate in the strongest possible terms. Racism and Islamophobia have no place whatsoever in our society. We have developed deep and abiding partnerships with the Muslim community in Chicago, as well as with all communities of colour.

“Respect for diversity and inclusion are central to our family’s values. If we prevail in our bid for Chelsea, we commit to the club and to the fans that we will actively promote these values.”

The sale of Chelsea FC continues to drag on as the New York merchant bank overseeing the process, the Raine Group, compiles a shortlist of three preferred offers. The various interested parties had expected to receive word on whether they had made the final three early this week but the complexity of the deal and information involved has meant more time is needed, despite the clear urgency of the matter following Roman Abramovich’s santions by the UK government.

If You Have A Gmail Yr More Boomer Than You Thought