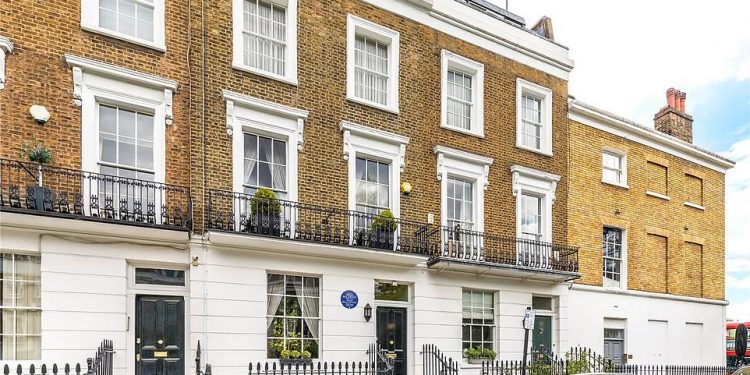 Dame Maud McCarthy was a nursing sister and British Army matron-in-chief, who was awarded numerous accolades throughout her career, including from the Royal Red Cross, the Queen’s Medal, the King’s Medal and a special decoration awarded by Queen Alexandra.

She lived at the property in London between 1919 and 1945, as highlighted by a blue plaque on the exterior wall of the Victorian family home. 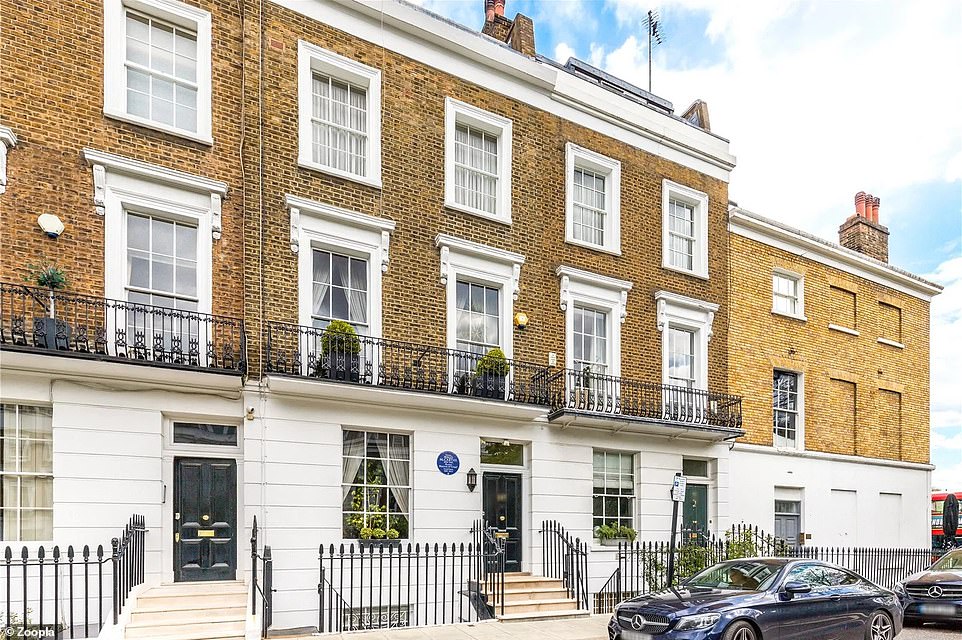 The elegant property is on the market for £6.95million and the sale is being handled by estate agents John D Wood 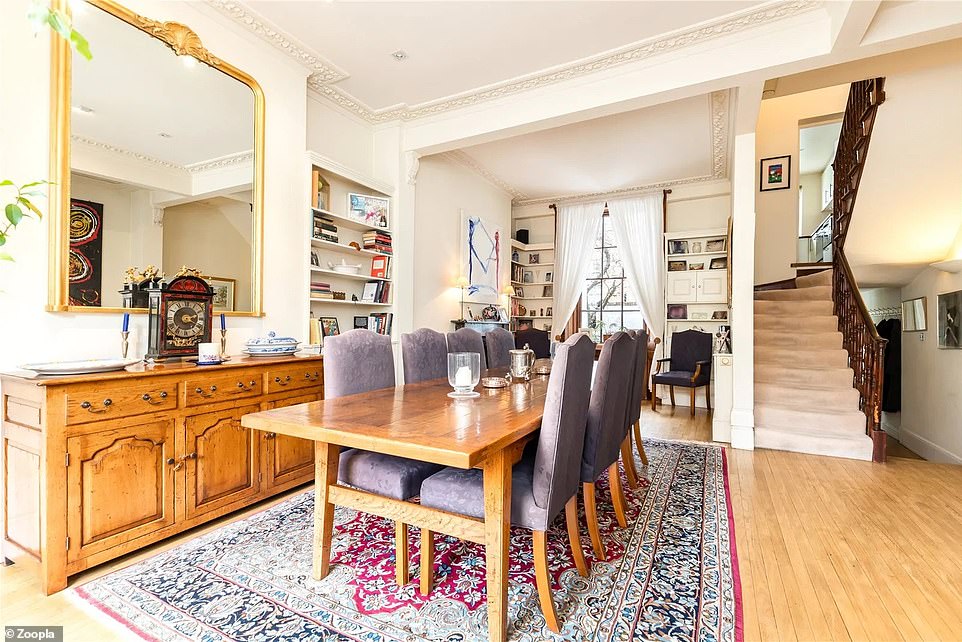 The five-bedroom house on Chelsea’s Markham Square was originally built in 1848 and still retains many of its period features, including two fireplaces.

It has large open-plan living areas, with views across the private garden square, and a south-west facing terrace and garden.

The property is on the market for £6.95million and the sale is being handled by estate agents John D Wood.

In its marketing literature, the agent describes the house as ‘exceptionally light and offers sizeable outside entertaining areas’.

It added: ‘Markham Square is on one of Chelsea’s prettiest and most prestigious garden squares with excellent transport links, shopping facilities and schools. 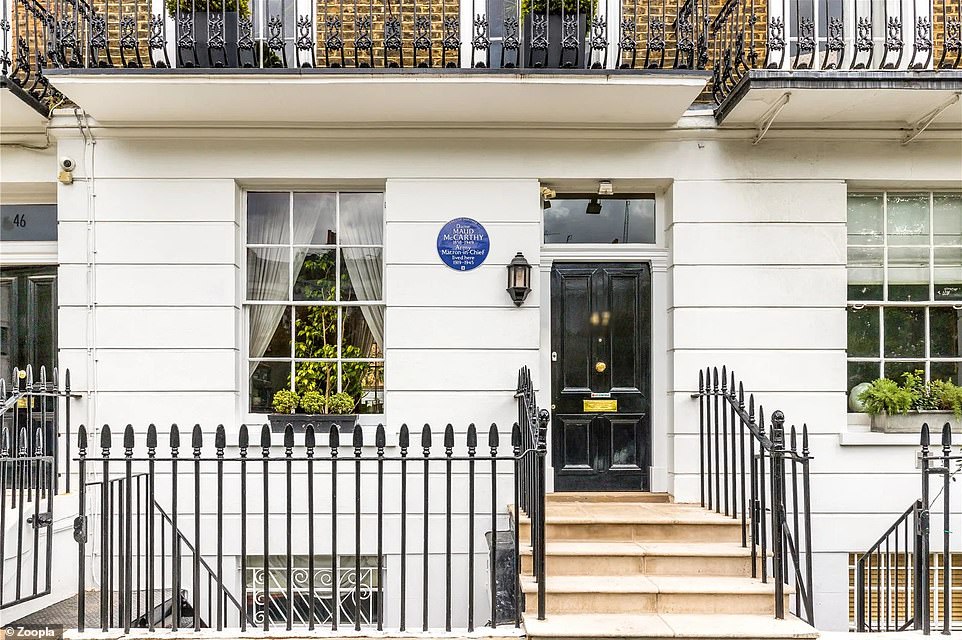 Dame Maud McCarthy lived at the property in London between 1919 and 1945, as highlighted by a blue plaque on its exterior wall 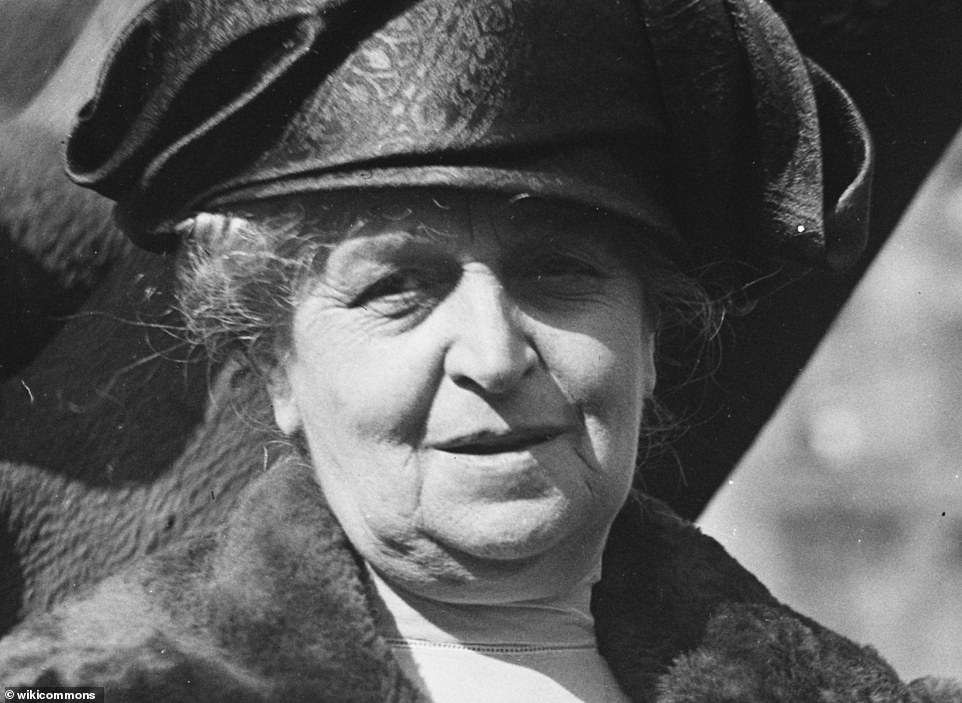 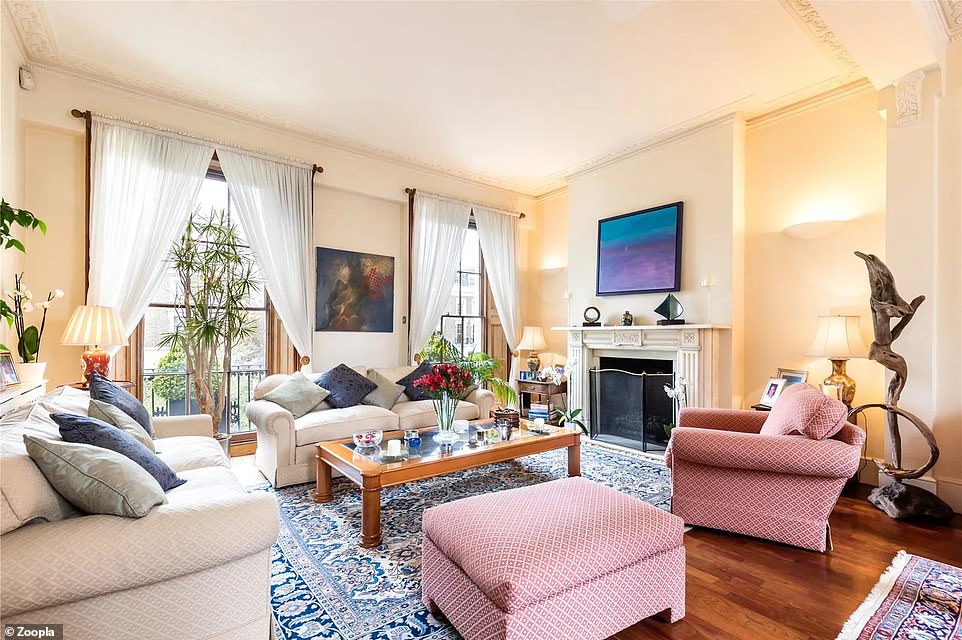 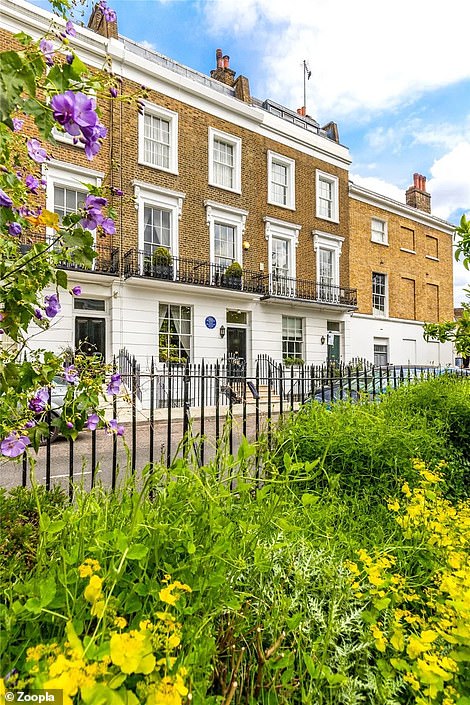 Describing the matron-in-chief during the war, one general reportedly said: ‘She’s perfectly splendid, she’s wonderful… she’s a soldier… if she was made Quartermaster-General, she’d work it, she’d run the whole Army, and she’d never get flustered, never make a mistake. The woman’s a genius.’

Meanwhile, a contributor at The Sydney Morning Herald in 1914 referred to her as a ‘slight, delicately-organised woman’ with ‘an absolutely wonderful gift for concentrated work, and a power of organisation that has made her invaluable in army hospital work’.

McCarthy sailed in the first ship to leave England with members of the British Expeditionary Force (BEF), arriving in France on 12 August 1914.

In 1915 she was installed at Abbeville as matron-in-chief of the BEF in France and Flanders, taking charge of the whole area from the Channel to the Mediterranean, wherever British and allied nurses worked.

In August 1914, the numbers in her charge had reached 516, and by the time of the Armistice they were more than 6,000. She was matron-in-chief of the Territorial Army Nursing Service from 1920 until her retirement in 1925.

The average sold price of a property in Chelsea currently stands at £2,281,306, which compares to £329,407 for the whole of Britain, according to Zoopla.

Local schools include Marlborough Primary and Saing Thomas More, while transport links include the district line on the London Underground via Sloane Square, which is less than half a mile away.

‘The property is also a stone’s throw from King’s Road with its many exclusive boutiques, restaurants and bars.’ 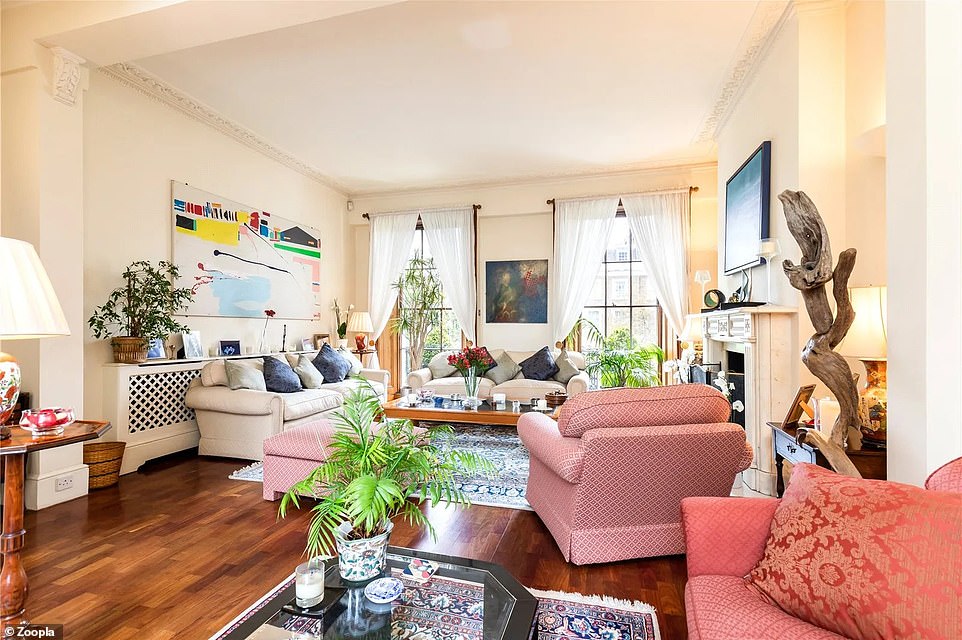 The light and bright living room has high ceilings, as well as an original open fireplace and dark wooden floors 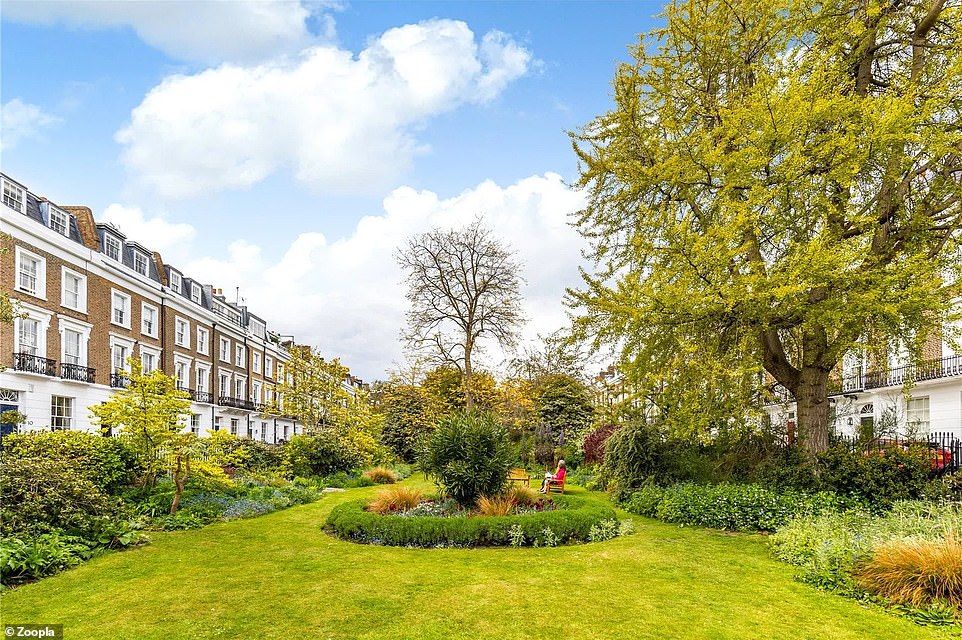 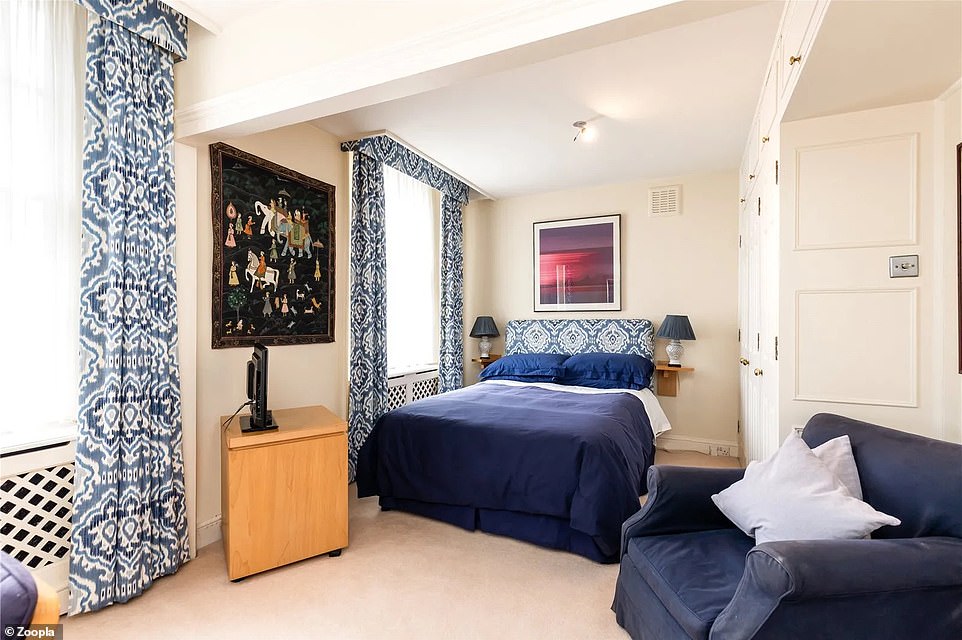 The family home has five bedrooms, including this double bedroom with space for a separate seating area 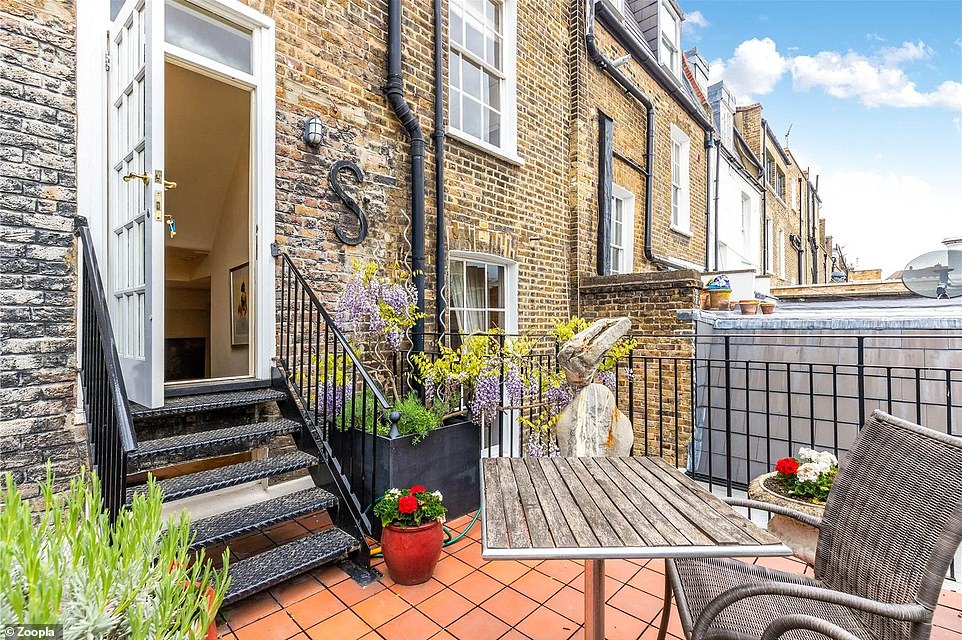 Perfect for a small gathering, there is a a south-west facing terrace and garden , which can be used for entertaining outdoors