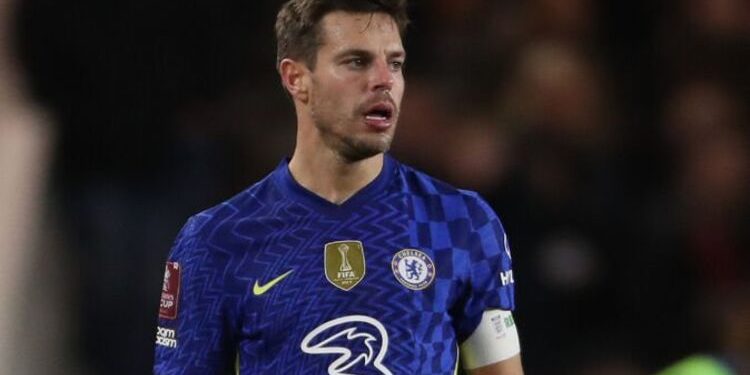 
Cesar Azpilicueta is torn between loyalty to Chelsea and the offer of a new deal at Barcelona. The Chelsea skipper, who is out of contract at Stamford Bridge at the end of the season, has been offered a two-year deal at the Nou Camp with the option of a further one-year contract.

Chelsea meanwhile have the option to offer the Spain defender, now 32, only a further year’s contract based on appearances. But the Spaniard, who has been at Chelsea for 10 years since joining for a bargain £7.5million from Marseille in 2012, is reluctant to discuss what comes next for him.

He insisted on Wednesday, as he prepared for his country’s international break friendlies against Albania and Iceland: “It’s not the right place and the right moment to discuss my future.”

According to sources close to Azpilicueta, who has won virtually every honour available at Chelsea including two Premier League titles, the Champions League and the Club World Cup, the defender is concerned with the situation at Chelsea.

The club is currently in the middle of an ownership bidding war with the Raine Group bank overseeing the sale of the club after Roman Abramovich had his assets frozen.

Azpilicueta, according to sources, feels deeply rooted in London and at Chelsea and is proud of being the club captain. He has held the armband since Gary Cahill’s departure in 2019 and has won three trophies as skipper.

But the Spain international is understood to be worried that any new owners might not honour previous agreements over contracts, creating uncertainty over his long-term security.

Discussing the player’s importance to the club last month, Chelsea boss Thomas Tuchel insisted: “He’s super important, he was super important from day one. We had a good connection from the first day, which is always important and you always look for as a coach.

“He gets better with every game he plays, he’s an example, a leader by doing and leading by example. Which is always super, super nice to have. Now he collects so many trophies and has had an incredible career at one club, which is outstanding.

“He embodies everything that Chelsea stands for; being relentless, being humble but being a warrior at the same time. And I don’t think there are people who don’t wish for the very best for him and don’t like that he has all these trophies; he deserves it.”