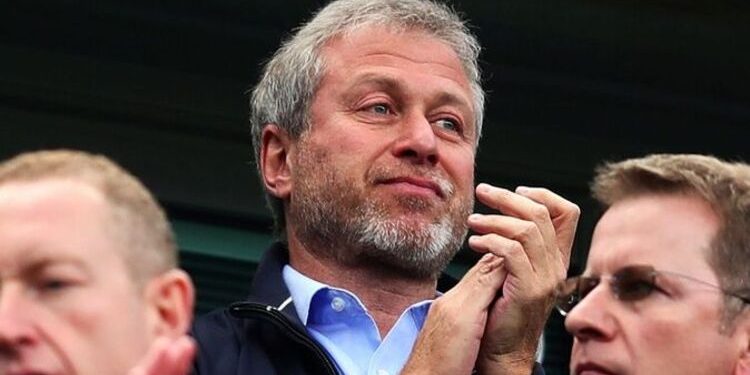 
Chelsea owner Roman Abramovich has now moved to confirm he is actively looking to sell the club in light of intense media speculation, following Saturday’s surprise statement that revealed he was handing over the reins at Stamford Bridge to Chelsea’s six charitable Foundation trustees. The Russian billionaire, who bought the Blues for an estimated £140million from Ken Bates way back in 2003, has made it clear he will not ask the European champions to repay any of their outstanding loans.

The six-time Premier League champions are understood to be in around £1.5billion worth of debt to their parent company following a further injection of cash last season.

All net proceedings will now go to a foundation – that Abramovich has instructed his reps to set up – “for the benefit of all victims of the war in Ukraine.”

In a new statement published by Chelsea just one hour out from the club’s FA Cup fifth-round clash at Luton, an emotional Abramovich outlined his desire to sell up.

He wrote: “I would like to address the speculation in media over the past few days in relation to my ownership of Chelsea FC. As I have stated before, I have always taken decisions with the Club’s best interest at heart.

“In the current situation, I have therefore taken the decision to sell the Club, as I believe this is in the best interest of the Club, the fans, the employees, as well as the Club’s sponsors and partners.

“The sale of the Club will not be fast-tracked but will follow due process. I will not be asking for any loans to be repaid. This has never been about business nor money for me, but about pure passion for the game and Club.

“Moreover, I have instructed my team to set up a charitable foundation where all net proceeds from the sale will be donated. The foundation will be for the benefit of all victims of the war in Ukraine. This includes providing critical funds towards the urgent and immediate needs of victims, as well as supporting the long-term work of recovery.

“Please know that this has been an incredibly difficult decision to make, and it pains me to part with the Club in this manner. However, I do believe this is in the best interest of the Club.”

Abramovich, who has placed his Kensington home up for sale in the past few days, withdrew his UK visa application back in 2018.

The Blues chief was last at Stamford Bridge in November for the 1-1 draw with Manchester United after a three-year absence.

He has, however, watched his side play Champions League matches in Russia against Krasnodar and Zenit St Petersburg in the past two seasons.

Immigration officials have now reportedly issued clear instructions not to allow Abramovich to base himself in the UK again with his alleged ties to Russia president Vladimir Putin set to prevent him from applying for a British citizenship.

Abramovich did also outline his intentions to return to Stamford Bridge one last time to say goodbye to the fans who have supported him throughout his 19-year tenure as owner.

“I hope that I will be able to visit Stamford Bridge one last time to say goodbye to all of you in person,” he said.

“It has been a privilege of a lifetime to be part of Chelsea FC and I am proud of all our joint achievements.

“Chelsea Football Club and its supporters will always be in my heart. Thank you, Roman.”

Swiss billionaire and business tycoon Hansjorg Wyss and Todd Boehly, part-owner of the LA Dodgers, are understood to be preparing a joint bid to buy Chelsea.

Speaking in an interview with Blick, Wyss revealed: “[Abramovich] wants to get rid of Chelsea quickly. I and three other people received an offer on Tuesday to buy Chelsea from Abramovich.

“I have to wait four to five days now. Abramovich is currently asking far too much. You know, Chelsea owe him £2billion [it is £1.5billion]. But Chelsea has no money. That means: those who buy Chelsea should compensate Abramovich.

“As of today, we don’t know the exact selling price. I can well imagine starting at Chelsea with partners. But I have to examine the general conditions first. But what I can already say: I’m definitely not doing something like this alone. If I buy Chelsea, then with a consortium consisting of six to seven investors.”

With One Million Species Endangered, the Web of Life Is at Risk of Extinction — Global Issues