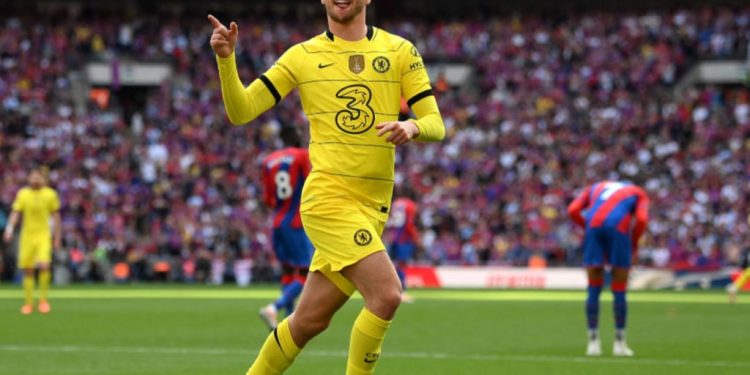 A routine 2-0 victory for Chelsea over Crystal Palace has confirmed them as FA Cup finalists. With that, a season that promised much but has delivered little beyond the vanity silverware of the European Super Cup and World Club Championship now could finish with something of substance.

Whether Roman Abramovich will still own the club by the time the final comes around on 14 May remains to be seen. But nevertheless, this is unequivocally his era of Chelsea, in which time they have won the competition five times. Doing so a sixth time, by beating Liverpool no less, will be regarded by some, not least the Russian himself, as a silver lining to a dark few months for the club.

There was a cruel irony accompanying the opener. As Conor Gallagher sat out this fixture –ineligible to face his parent club which reinforced Palace’s underdog status but robbed them of an engine to use that fuel – it was something else Blue and borrowed that would make an impact. Ruben Loftus-Cheek spent the 2017/18 season calling Selhurst Park home, a spell that earned him great kudos and even a place in Gareth Southgate’s England squad for the 2018 World Cup.

The time since has certainly not seen a continuation of that upward trajectory. But after playing all apart from the second half of extra-time in the Champions League quarter-final second leg against Real Madrid on Tuesday, his immaculately controlled volley on 65 minutes cracked this game open for Chelsea with his first goal of the season.

With that, a cagey affair opened up and in turn, Mason Mount struck with the second with 14 minutes still to play. A calm take and finish in the box – slotting into the far corner – finally deflating Palace’s raucous support.

Go back six months and throwing up a prospective FA Cup semi-final between these two sides would come with the caution that it would mean more to one than the other. Chelsea were part of a trio contesting the Premier League leadership and into the latter stages of the Champions League as defending champions, the idea of uncertainty at their upper echelons barely worth considering even as a hypothetical. Crystal Palace, meanwhile, were in the midst of their own mini-revolution under Patrick Vieira, still a concept rather than the full-blown movement it has come to be.

Now we were here, with both teams wanting as much from this Sunday at Wembley, to nourish in difficult times and have as a tangible sign of progress, respectively. In that way, perhaps Chelsea needed it that little bit more following their decline in the league, their European exit to Real Madrid in midweek, and the chastening last Saturday in February at this same venue in the League Cup final. May’s showpiece now gives them a shot at retribution.

That would explain for large parts why this was such a turgid affair. Unlike Saturday’s engaging semi-final between two teams with more important matters on the horizon, both Chelsea and Palace started this encounter pulling their punches, wary of a counter if they committed too much.

There was little by way of intricacy, particular when Chelsea tried to snap the ball about only to be confronted by a solid midfield block of James McArthur and Jeffery Schlupp as they tried to kick-start set moves from a standing start. Behind those two in red and blue were an uncompromising trio of Joachim Andersen, Marc Guehi and Cheikhou Kouyate, who happened to register Palace’s first shot which forced a strong save from Edouard Mendy diving to his left.

Beyond that, Chelsea left the first half with little by way of alarm. Palace’s main focus of attack was raking balls over to their wing backs – primarily Joel Ward on the right – which, beyond a few throw-ins secured deep in the attacking half, amounted to very little. The biggest moment of concern for Tuchel in the opening 45 minutes was an injury to Mateo Kovacic who was withdrawn on 25 minutes for Loftus-Cheek.

With that enforced change, Chelsea were able to begin the second half with greater presence in the attacking third. Kai Havertz dropped back a bit more, Mount roamed and Jorginho had more space. And in turn, Loftus-Cheek roamed as Palace were pinned back.

The opener was the fruit of this labour: Palace actually saw off an initial attack before Azpilicueta won the ball back high and set Havertz through in the box. His cross clipped Guehi to deflect invitingly for Loftus-Cheek, whose strike might have been sweet enough to beat Jack Butland without another nick, this time off the lower back of Andersen.

With that, Palace had to break out of their rigid system in search of something more. Unfortunately, that meant disbanding their defensive shield. And with the midfield disjointed, Chelsea wasted little time in doubling their lead. Havertz’s chipped pass from right to left found Werner. The German played the ball to Mount who then instigated a one-two for the England international to glide into the box, control and side-foot into the corner beyond Butland’s dive.

Had Andersen not missed at the back post with the goal at his mercy, we might have had a blockbuster finish. Alas, Chelsea looked the more likely to find the net in the closing stages, reinforced with the substitutions of Romelu Lukaku and Hakim Ziyech.

Both should have scored: Lukaku missing an open goal from inside the six-yard box after Werner’s cutback, then Ziyech’s effort from the rebound off the post cleared off the line. Even Antonio Rudiger could have got in on the act at the death, breaking into the box before his shift cannoned off a red-and-blue body.

Chelsea were satisfied at full time, while Palace’s players rued an opportunity missed as their fans ramped up the volume once more to drown out “Blue Is The Colour” blaring from Wembley’s tinny speakers. They made the most of their day out at Wembley. For Chelsea fans, there is one more to savour.