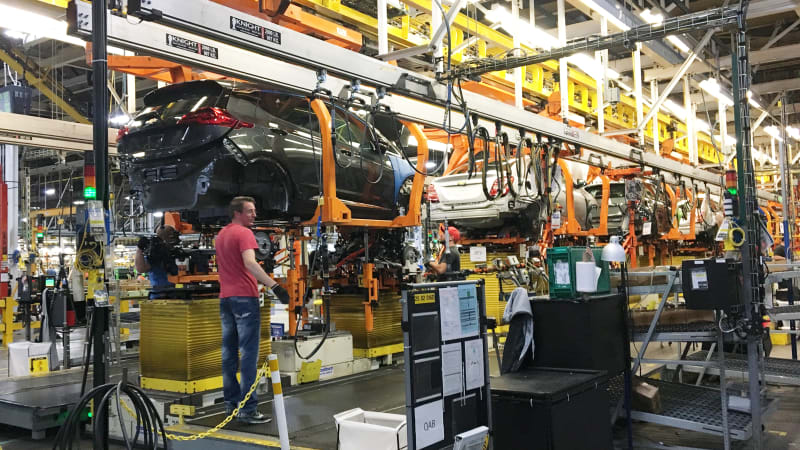 WASHINGTON — General Motors said on Thursday it will extend a shutdown of a Michigan assembly plant to mid-October in the aftermath of a new recall of its Chevrolet Bolt electric vehicles over battery issues after 10 reported fires.

The largest U.S. automaker said the extension of the production halt at its Orion Assembly plant will go through at least Oct. 15. GM also said it was cutting production at six other North American assembly plants because of the ongoing semiconductor chips shortage.

GM said it will not resume Bolt production or sales until it is satisfied that the recall remedy will address the fire risk issue.

GM in August widened its recall of the Bolt to more than 140,000 vehicles to replace battery modules, at a cost now estimated at $1.8 billion. The automaker said it would seek reimbursement from battery supplier LG.

It is not clear how long it will take GM to obtain replacement battery modules for recalled vehicles and whether it will have diagnostic software that will allow it to certify some modules do not need replacing.

GM said the additional three-week production halt at its plant in southeast Michigan where it builds the Bolt comes as it continues “to work with our supplier to update manufacturing processes.”

Earlier this month GM was forced to halt production at most of its North American assembly plants temporarily because of the chips shortage.

The new production cuts include a Lansing plant that builds the Chevrolet Traverse and the Buick Enclave.

GM is also cutting production at plants in Mexico and Canada where it builds SUVs like the Chevrolet Equinox, Blazer and GMC Terrain. It will also make further production cuts at Michigan and Kansas plants that make cars, including the Chevrolet Camaro and Malibu.

Lumber to the moon and beyond! 🚀 Oh wait… : RealEstate

DETROIT — General Motors is more than halfway through shipping newly-assembled pickups that it had parked due to a...

A Napleton Automotive Group executive accused of sexual assault by a co-worker in 2018 was sentenced Wednesday in Florida...

Subaru declared October 22 “National Make A Dog’s Day” a couple of years ago, because of course it did....

BEVs not for everyone – Toyota

Many people are passionate about climate change, but not everybody should drive a battery electric vehicle as a means...

In the third quarter of 2021, the market share of electrically-chargeable cars further expanded in the EU at the...

TSMC said in a statement to Reuters it is preparing and will respond to the U.S. request for information....

Lumber to the moon and beyond! 🚀 Oh wait… : RealEstate

This Chemical Found in Groceries Kills More Than 90000 People Every Year, New Study Finds — Eat This Not That – Eat This, Not That

Sultan: Is organic food worth it? | lifestyles | stltoday.com – STLtoday.com