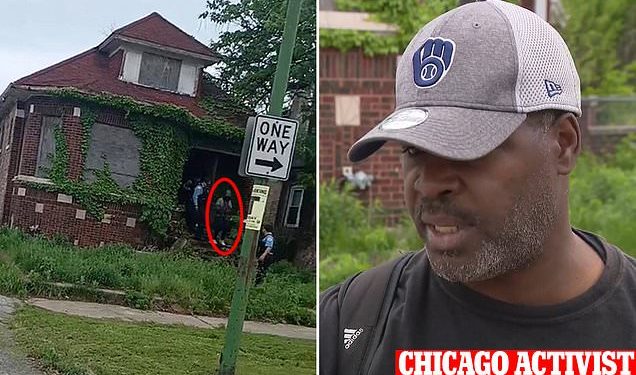 A community activist speaking with neighbors about the need to repair deserted buildings on Chicago‘s beleaguered South Side was met with a chilling discovery after hearing the desperate cries of a woman coming from one of those very same abandoned homes.

Antoine Dobine, 53, was in the right place at the right time on Saturday evening while canvassing as he heard an unnamed 36-year-old kidnapping victim banging on the abandoned home’s window near the 19100 block of Eggleston Avenue in West Pullman.

He immediately called police after hearing the woman’s cries. Authorities found the victim chained by her ankles to a bedroom wall inside the home, according to FOX 32.

The woman, who remains unidentified for privacy reasons, claims that she had been trapped inside the brick home for four or five days and that her abductor had raped her twice.

‘He left me in there handcuffed and chained, ‘ she told WGN TV, adding that she ran into her kidnapper last week when she was running errands at a local store.

‘I ended up bumping into him and he was like, ”you know, come here for a minute,”’ she said. The male offender, believed to be in his 60s and 5-foot-8, then grabbed the woman, who tried to fight him off, before dragging her to the vacant house.

The woman was taken to Little Company of Mary Hospital in good condition after police escorted her out of the home at around 5:30 p.m.

‘I first thought it was a little young girl in there, but later on we found it was a young lady,’ Dobine said. 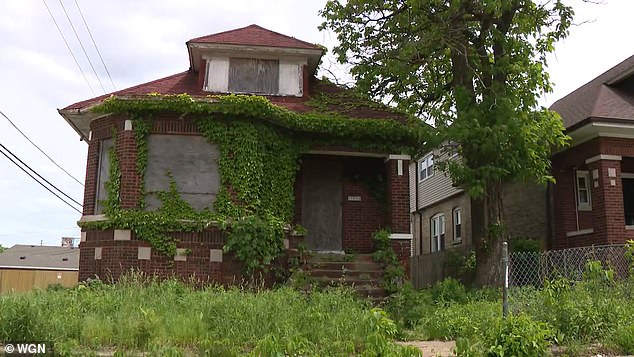 Chicago Police found a 36-year-old woman chained to a bedroom wall of an abandoned home on Saturday evening after a local resident of the city’s South Side neighborhood made the discovery. She was reportedly trapped inside for four or five days and was sexually assaulted twice 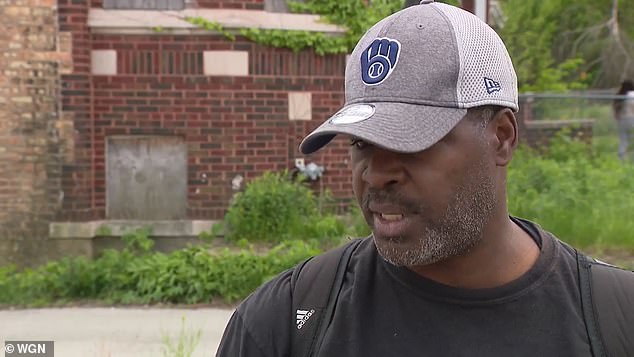 Antoine Dobine, 53, said he noticed the woman after he heard her yelling for help and banging on one of the home’s window 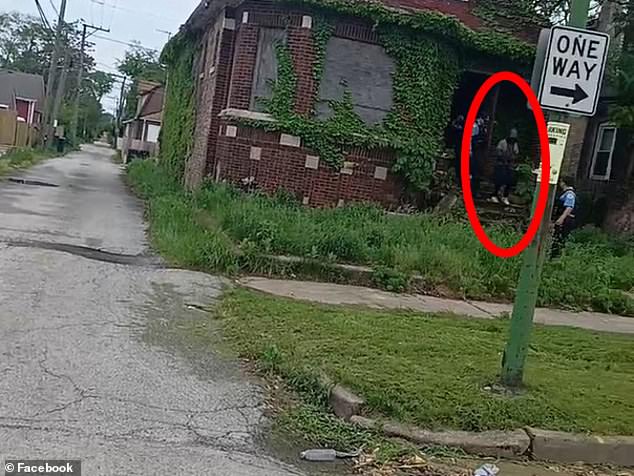 The home (pictured) where the adult female was found has allegedly been abandoned for at least 30 years, Dobine said

Dobine livestreamed the discovery on his Facebook, which has now accumulated more than 800,000 views. He added that he saw the man leave the vacant home, wearing a corduroy jacket, just moments before police’s arrival on scene.

The victim said she is grateful that the activist noticed her after crying on a daily basis for help.

‘He could have ignored me but he heard me and he helped me,’ she said of Dobine. ‘I’m just blessed. I’m truly blessed.’

She added that she is lucky to be alive and hopes that there aren’t any further similar incidents carried out by her abductor.

‘I believe he will strike again,’ she told WGN TV. ‘I just want him caught.’

At a press conference on Monday, Chicago Police Officer and Chief of Detectives Brendan Deenihan, said the investigation remained ongoing and that no arrests related to the incident had been made.

Authorities are also investigating several other crimes that occurred in the area, including the death of a 17-year-old boy, Deenihan said.

Dobine booked a hotel room for the woman, who is originally from the area, for the next week in an effort to help.

He has raised $950 out of a $250,000 goal to provide a permanent house for the victim on Spotfund. He is also collecting funds to build a shelter in order to help women escape abuse and sexual assault through his non-profit, called ‘Hands Around Hundreds.’

The abandoned home where the victim had been found had been unoccupied for years, according to Dobine, who has been a resident of West Pullman since 1973.

He described it as a ‘candy store’ that he and his friends would come across when they were younger, due to the woman who was living there at the time giving out sweets to children in the neighborhood. 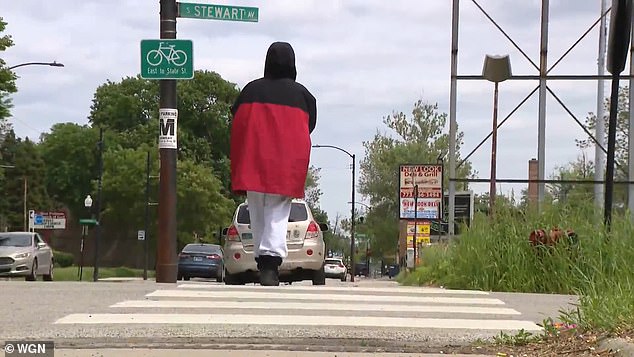 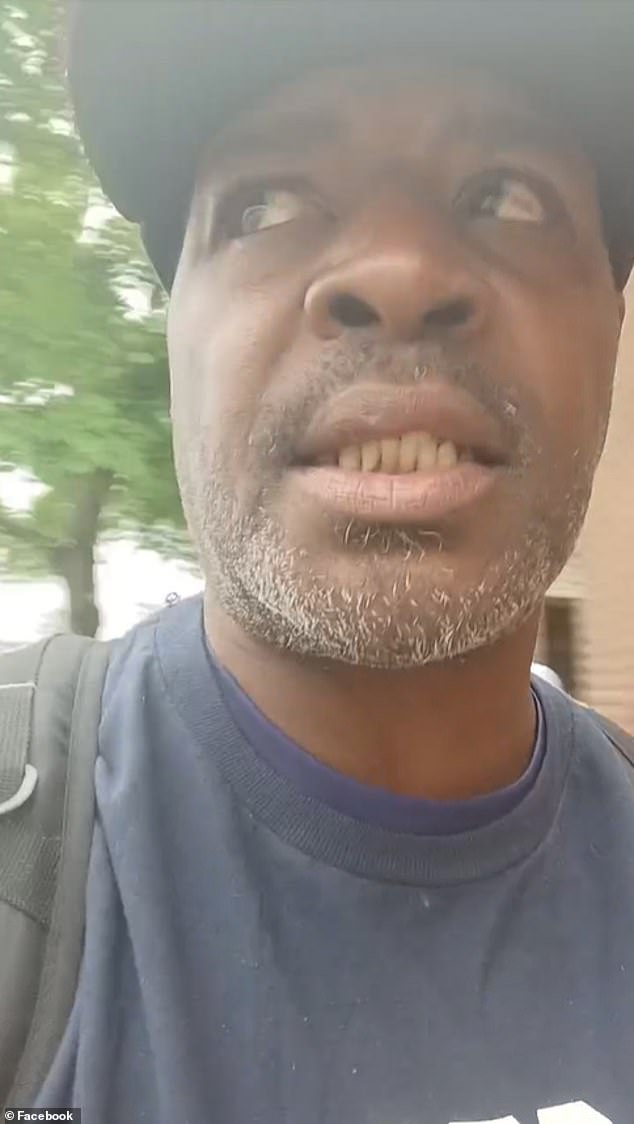 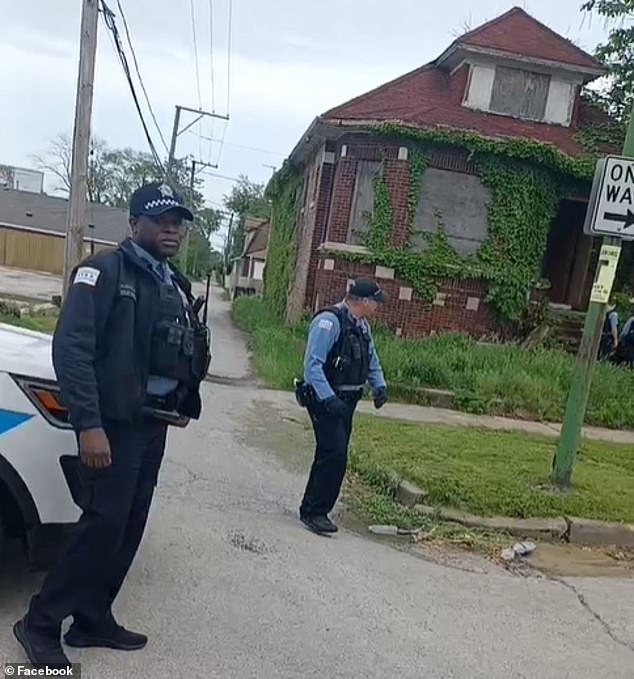 Chicago Police confirmed the woman had been chained by the ankles, adding that the case remains under further investigation 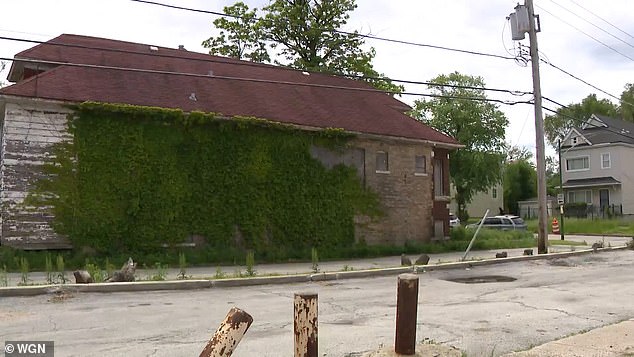 The local activist added that Saturday’s discovery means local communities should have more control over ‘disinvested’ parts of their neighborhoods.

Abandoned properties and vacant lots are labeled as dangerous in West Pullman, he said – but it’s difficult to get them torn down or fixed up.

He wants to transform these unoccupied spaces into places to live for those who are experiencing homelessness, escaping from abuse, returning from a jail sentence or other hard-living moments people live through.

Dobine has also been involved in youth sports for the last 30 years, and offers to help people through his charity work to find jobs and improve their mental health.

Police are still investigating and searching for the suspect.