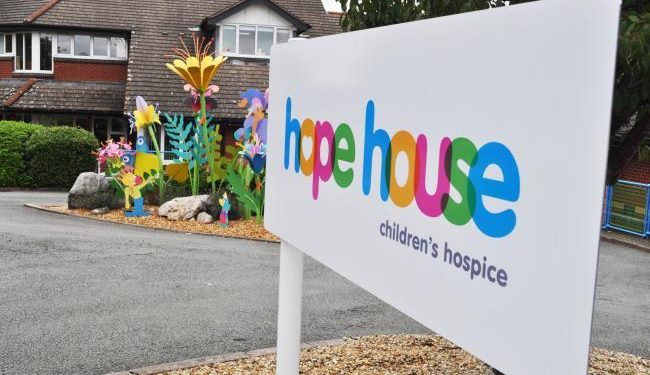 THE Friends of Hope House in Llandrindod Wells will be celebrating their 20th birthday later this year and hope they can mark the superb occasion by surpassing the £200,000 barrier for funds they have raised in that time.

In the two decades since Ilma Marpole helped co-found the friends group a small but dedicated band of volunteers have raised just shy of £200,000 to support the children’s hospice, based in Oswestry – £193K to be precise.

With life now slowly beginning to return to normal in recent months after the turbulent period of the pandemic, the group has a number of events planned for later on this year – which Ilma hopes will get them close to that magical target.

“20 years, that’s quite an achievement,” said a proud Ilma, the group’s current chair, who along with secretary Cath Carroll, has been there from the start.

“I’ve been involved from the start, back in 2002. Cath and I are the two longest serving members.”

Reflecting on those 20 years, Ilma said: “I remember there was something in the paper about a meeting to raise money for Hope House. We both went and there was maybe 10 of us there on that occasion and we went from there.

“It got bigger and bigger and we raised more and more money every year. There’s been lots of hard work – not to mention cooking – but it’s been really enjoyable. We sell a lot and do a lot of good. We get lots of support from Llandrindod, the people are very kind.”

The friends group are wasting no time in trying to get closer to £200,000. On Friday, April 8, the group will be holding an Easter coffee morning at the Pavilion in Llandrindod. It will be open from 10am until 12.30pm and entrance will be £5 to include drinks and cakes and a raffle ticket. There will also be a stall selling Easter crafts, cakes, produce, books, and bric-a-brac.

In June, meanwhile, the group will support the ‘Eat Cake’ campaign with a stall at the table top sale at the Royal British Legion on Saturday afternoon, June 18, as well as an picnic at Princes Avenue Leisure Park on Sunday, June 19.

“We only have six members on the committee now so it’s been hard and it’s certainly not been easy over Covid, with not being able to meet up and host events,” added Ilma.

“The biggest thing we do usually is an open garden event at my house – we usually raise £1,000 in an afternoon.

“With Covid it’s not been as easy as it was, but we get there. It’s nice to be getting back to organising things and meeting up.”

The group was formed at a meeting on September 12, 2002, to fundraise, and increase awareness of the work of Hope House in providing respite care and associated services for families looking after children with life-limiting conditions.

Later in the summer the group will hire the Princes Avenue Leisure Park from July 18-24, to be open daily, and in September they will hold a special 20th birthday garden party at Pen y Cae in Llanyre.