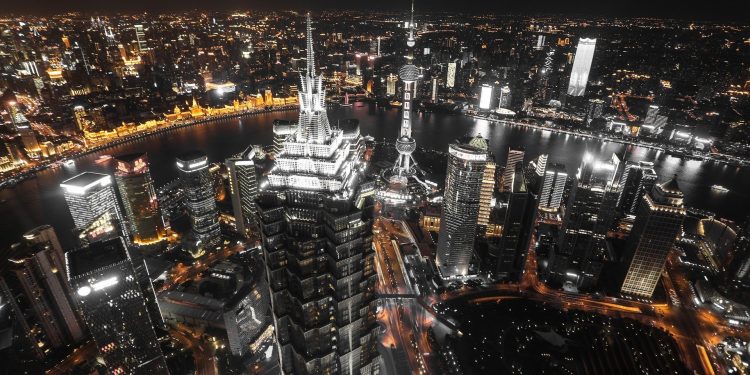 
China is battling its biggest spike in coronavirus cases since the start of the pandemic, with millions under lockdown and the healthcare system feeling the pressure.

One of the last countries sticking to a zero-COVID strategy, China aims to stamp out every infection with strict lockdowns and by sending all cases to secure facilities.

That is placing a strain on China’s already under-pressure medical system, as the highly transmissible Omicron variant rapidly moves through the population.

Here are some of China’s key challenges in the fight against COVID:

Beijing says more than 1.2 billion people in China had received two doses of a COVID vaccine by mid-March—nearly 90 percent of the population.

It has also launched a booster campaign but more than half of the population has yet to receive a third shot.

A major challenge is protecting the elderly, with only around half of Chinese people aged above 80 double-vaccinated and fewer than a fifth having received a booster.

Among the over-60s, just over half have received a third shot.

Officials have launched a fresh push to encourage older people to get a third dose, after hospitals in Hong Kong were overwhelmed by a wave of severe cases—mostly unvaccinated elderly patients.

China is using homegrown vaccines and has not approved any foreign-made shots, but it has given “conditional” approval to Pfizer’s COVID-19 drug Paxlovid.

Chinese vaccines have shown a lower rate of efficacy in studies compared with many foreign jabs.

However, several Chinese vaccine makers have recently been given the go-ahead for clinical trials on a domestically-made mRNA COVID jab—the same technology as the Pfizer/BioNTech and Moderna shots.

China’s healthcare system was understaffed and struggling to cope with its huge and ageing population even before the pandemic.

According to the National Health Commission, China has only 2.9 general practitioners per 10,000 people. Britain has around the same number for every 1,000 people.

Some Chinese regions are woefully under-resourced.

In Jilin province, site of a recent COVID cluster, authorities said there were only 22,880 hospital beds for a population of 24 million.

Peking University researchers have warned that China could suffer a “colossal outbreak” that would quickly overwhelm its medical system if the authorities relaxed restrictions to a similar degree as in Europe and the United States.

It would likely lead to hundreds of thousands of new cases a day, the researchers said.

Despite huge reductions in rural poverty, there are still significant differences in access to healthcare between the countryside and cities.

Much of China’s wealth, equipment and expertise is based in top-tier cities where richer residents can choose between a range of hospitals including international clinics.

According to a National Health Commission report last year, China had only 1.6 medical workers per 1,000 people in rural areas and just 1.5 hospital beds.

Although nearly 40 percent of the population lives in the countryside, rural China had a total of only 1.4 million hospital beds.

Rural Chinese who migrate to cities for work also struggle to access healthcare in the cities due to red tape.

Despite being China’s most developed city, Shanghai has descended into crisis as authorities scramble to find enough beds for people who test positive.

Authorities have said 130,000 new beds are ready or under construction at makeshift venues.

About 40,000 beds are being set up at Shanghai’s landmark National Exhibition and Convention Center.

But most are currently filled by people with mild symptoms or none at all.

Meanwhile, Shanghai residents under lockdown have complained about a lack of access to food and medicines unrelated to COVID.

“Draconian, heavy-handed zero-COVID control measures” have overwhelmed the medical system, according to Yanzhong Huang, a senior fellow for global health at the Council on Foreign Relations in New York.

This is “an outcome that the zero-COVID strategy is supposed to avoid”, he told AFP.

Two thousand soldiers and 38,000 medical workers from around the country have been sent to Shanghai as reinforcements.

At least two asthma patients died after reportedly being refused medical services due to COVID rules.

As pressure on the system grows, some close contacts of patients are being allowed to quarantine at home, while rapid home testing kits have been deployed for the first time.

Shanghai health commission chief Wu Jinglei said this week that although the city had 50 percent more ambulances on the road than before the outbreak, it still could not handle all the requests for medical help.

A new ‘Museum of Women’ is coming to Soho this summer