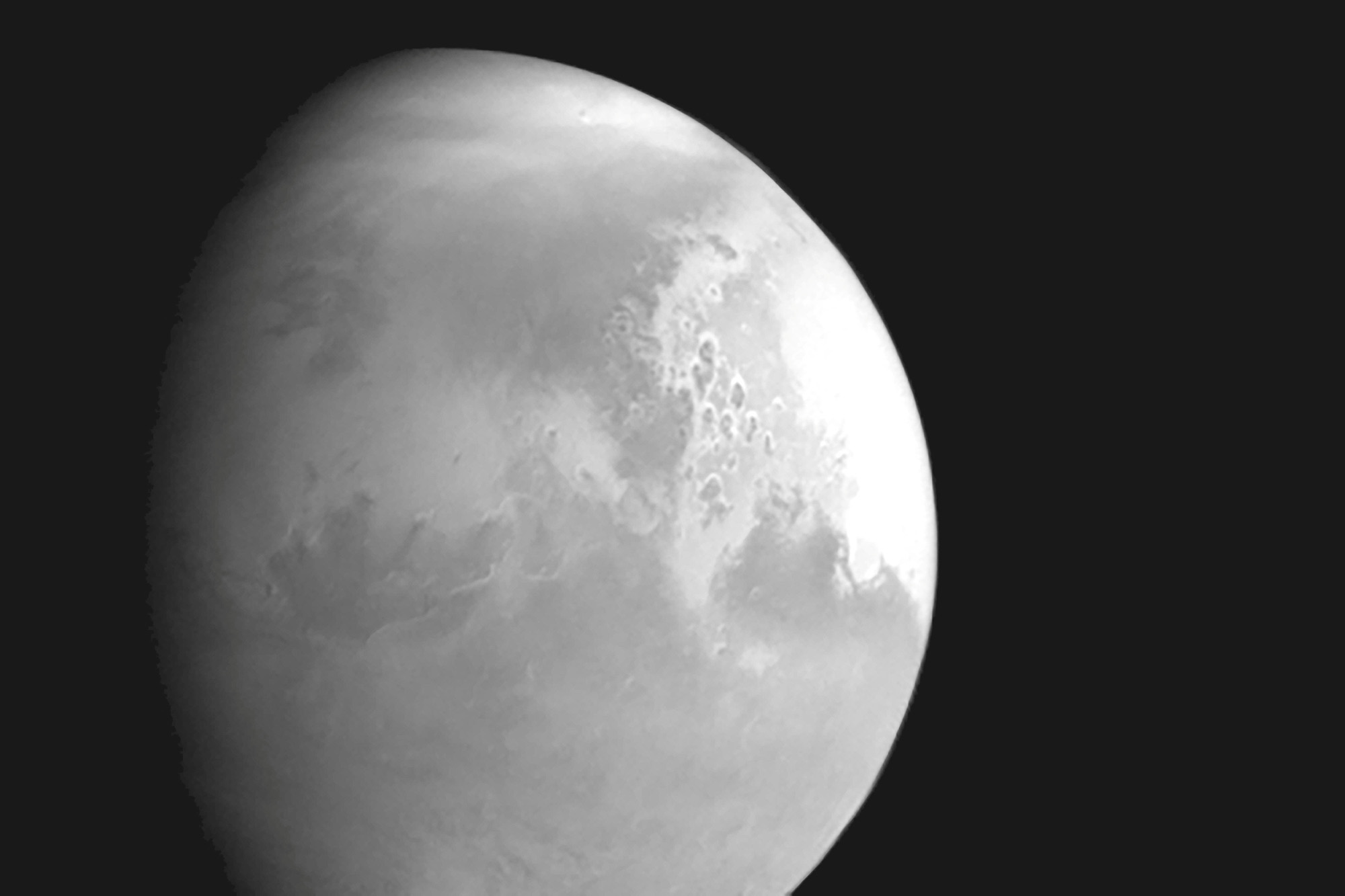 BEIJING – China’s maiden space exploration mission to Mars has captured its first image of the red planet, the space agency said on Friday, some six months after the probe left Earth.

The uncrewed Tianwen-1 took the picture at a distance of around 2.2 million km (1.4 million miles) from Mars, according to the China National Space Administration (CNSA), which supplied a black-and-white image.

The probe is now only half that distance away from Mars and around 184 million km from Earth after 197 days of the mission, the CNSA said in a statement, adding that its systems were in good condition.

The Tianwen-1 was launched in July from China’s southern Hainan island and expected to reach the orbit of Mars this month. In May, it will try to land in Utopia Planitia, a plain in the northern hemisphere and deploy a rover to explore for 90 days.

If successful, the Tianwen-1 will make China the first country to orbit, land and deploy a rover in its inaugural mission to Mars, further boosting China’s space credentials after it last year became the first nation to bring back samples from the moon since the 1970s.

China previously made a Mars bid in 2011 with Russia, but the Russian spacecraft carrying the probe failed to exit Earth’s orbit and disintegrated over the Pacific Ocean.

WHO team: Coronavirus unlikely to have leaked from Chinese lab

Snoop Dogg stormed off of Twitch, but forgot to turn it off

Coutts, the bank to rely on in a Covid crisis – if you’re seriously wealthy | Banking