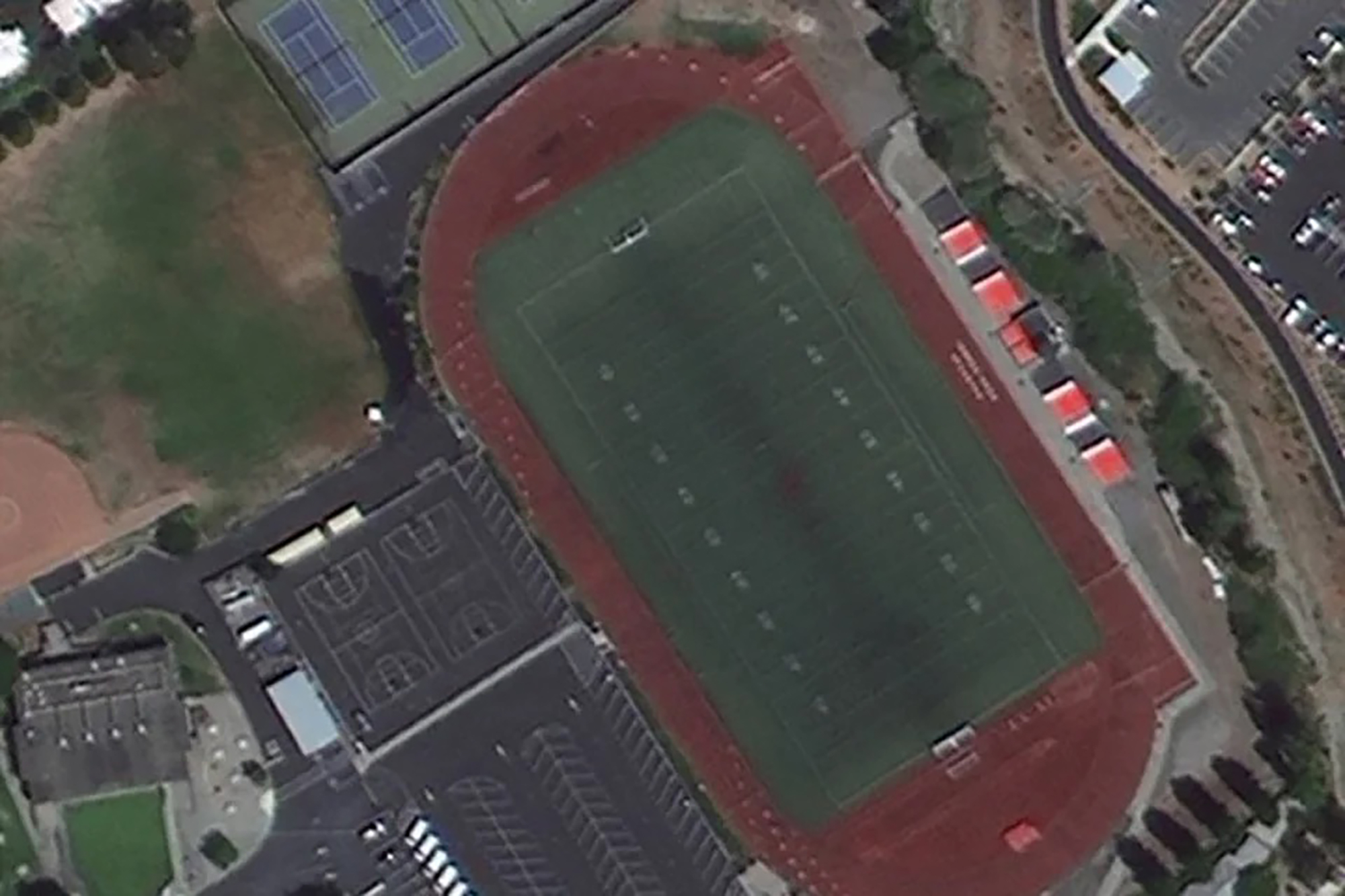 China has developed a powerful AI satellite capable of taking hi-res images of cities in a matter of seconds.

Beijing-3, a small one-ton commercial satellite, can take images clear enough to be able to identify a military vehicle on the street and tell what type of weapon it might be carrying, according to researchers.

The satellite was launched by China in June and performed an in-depth scan of the central San Francisco Bay area, covering 1,470 square miles, the journal Spacecraft Engineering reports.

Most satellites observing the Earth must be stable when taking image because altitude control mechanisms can produce vibrations that blur the images.

But in the Chinese experiment on June 16, the satellite was able to change the angle of its camera’s line of sight to the ground when passing over the US.

The movement meant it could capture a larger area than satellites have been previously able to.

The pictures were taken at an altitude of 310 miles and had a resolution of 50 centimeters per pixel with the test showing the satellite could take images while its body was twisting at up to 10 degrees per second, a speed not seen on a satellite before.

“China started relatively late on agile satellite technology, but achieved a large number of breakthroughs in a short period of time,” said project lead scientist Yang Fang from the DFH Satellite Company writing in a paper published in the domestic peer-reviewed journal Spacecraft Engineering this month.

“The level of our technology has reached a world-leading position.”

According to Yang, the Beijing-3 is the most nimble satellite ever seen and could be one of the most powerful Earth observation satellites ever built.

A satellite in the Earth’s lower orbit could normally observe a straight, narrow strip of area beneath it and would have to circle the Earth several times, or work with other satellites, to cover a region of interest.

Due to Beijing-3’s abilities, it was able to carry out some tasks previously considered technically impossible.

It was able to take images of the 6,300km-long Yangtze River between the Tibetan plateau and the East China Sea, in just one fly-by, according to Yang and her colleagues.

The new technology could also have military uses as it can detect the presence of certain targets and relay the photos to control on the ground.

The Beijing-3’s response time is 2-3 times faster than the United States’ WorldView-4, currently the most advanced Earth observation satellite, according to Yang.

The Chinese satellite has a scanning band of 23km compared to the WorldView-4 which is 13km.

The WorldView-4 does have one advantage over its Chinese counterpart, the US satellite can take slightly more detailed images with a resolution of 30 centimeters per pixel.

However, when the WorldView-4 adjusted its position it could experience vibrations, reducing the quality of the images produced.

Yang claimed the new Beijing-3 was built on new platform known as CAST3000E which would lead to a new generation of Chinese satellites which were small but had a high performance.

The new platform carries solar panels with a unique structure that stop them shaking when the satellite turned quickly.

Equipment like telescopes and antennas were also designed using new technology, such as AI control, to protect the satellite from the physical impact caused by rapid movement.

The Chinese satellite is said to be able to store one terabyte of images and beam data to the ground at the rate of one gigabyte per second, faster than any US satellite.

Qi Yimin, a sales manager for DFH Satellite Company in Beijing, said in separate paper in the same journal this month that while China commercial satellite industry was still in the initial stages of development most of the country’s satellite imaging products served government or military users.