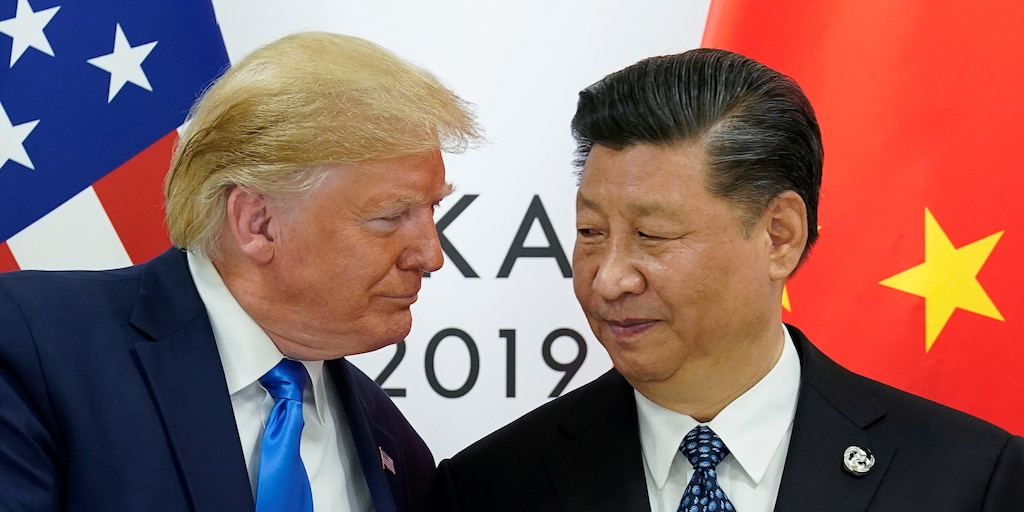 China’s exports to America tanked 16% to $44.4 billion in August — a sharp acceleration from their 6.5% drop in July, Reuters said — as Donald Trump’s tariffs sapped demand for Chinese goods in their biggest foreign market.

However, Chinese imports of US goods dropped by about 22% to $10.3 billion, official customs data showed. The steep drop suggests US exporters are also suffering from the trade war between the world’s two largest economies.

Those declines are likely to accelerate in the coming months as both sides ramp up tariffs.

The Trump administration slapped a 15% duty on $112 billion worth of Chinese goods on September 1. If a trade agreement isn’t reached, it plans to hike existing tariffs on $250 billion of Chinese goods from 25% to 30% at the start of October, and impose duties on another $160 billion of imports in mid-December.

Meanwhile, China has targeted about $120 billion of US imports so far. It retaliated with its own tariffs at the start of September, and has a second batch planned for mid-December. Chinese officials are set to attend trade talks in Washington next month in the hope of striking a deal and avoiding those increases.

China’s overall exports slid 0.1% in August, upending analysts’ expectations of 2.2% growth, Bloomberg said. The surprise downturn could ramp up pressure on Chinese authorities to stimulate the economy. On Friday, the central bank said it would cut banks’ reserve requirements, —  the amount of cash they have to keep on hand — to the lowest level since 2007 in a bid to boost demand.

The Latest: Week 1 winners twice as likely to reach playoffs