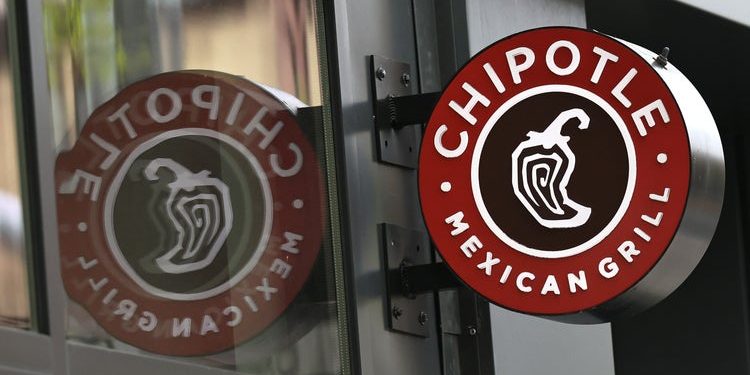 Given the current inflationary backdrop, I have been focused on companies with the ability to pass on elevated costs to customers (see my Tyson Foods article here). Chipotle (CMG) came up on my radar after posting a very strong Q4-21 and full year report, highlighted by the company’s pricing power and above-consensus guidance. The company’s new goal, to open a total of 7,000 restaurants (up from 6,000), is ambitious but attainable in my eyes. Margins remained steady, and revenue growth was strong, up 26% for the full year versus a solid 2020 comp. While I am impressed by everything the company has achieved and Chipotle’s future growth outlook remains strong, I am worried that investors are piling into a company that is priced to perfection. Even with strong revenue growth moving forward, my models are showing a fair share price of $1534.88 (~2% below current levels). I will delve further into the company’s recent growth, reasons to be optimistic about the business, and ultimately conclude with why investors should hold at current levels.

In terms of pricing power, the company cited increased beef, freight, and labor costs in Q4-21 from higher-than expected commodity inflation. A 4% hike in its menu price helped to offset these headwinds, however, showing Chipotle’s strong operating leverage. This led restaurant-level margins to increase 70bps Y/Y versus Q4-20. Demand for Chipotle remained strong despite the 4% menu price hike, which makes me optimistic about the company’s ability to raise prices moving forward. According to CFO Jack Hartung, price hikes will come on an as-needed basis depending on the trajectory of inflation. This gives flexibility to the company as other company’s struggle to pass on costs.

Digital sales increased 3.8% in Q4-21 for Chipotle, comprising 41.6% of total revenues. Consumers have continued to seek digital options as the pandemic has raged on, and Chipotle has delivered. I expect digital sales to continue growing as the company integrates its “chipotlanes” into new stores. This allows customers to order online and pick up their food through the company’s new drive-throughs. Chipotle opened 78 new restaurants in Q4-21 and 67 (85%) included a Chipotlane.

The forecast assumes a base of 3,000 stores, which Chipotle recently achieved. As previously mentioned, I believe this is attainable for the company, however investors are looking 11 years out into the future if they want to envision a Chipotle with 7,000 stores in operation.

My valuation is driven by my top-line growth assumptions which can be found below.

My revenue estimates are driven by sustained demand for Chipotle products, store expansion, and increased product offerings such as the company’s new “Chipotlane.” These should all drive revenues higher in the future.

In terms of my DCF-based valuation, I assume historical margins remain consistent with prior years, a 9.69% WACC, 39.6x exit multiple on 5th year EBITDA of $1.37B and after discounting finish with a $43.259B terminal value. My EBITDA and FCF forecast can be found in the model below. After subtracting net debt, I finish with a fair share value of $1,534.88 (2% below the company’s current share price).

Based off of these results, I believe Chipotle shares are priced to perfection at current levels.

In terms of market multiples, Chipotle shares are richly valued on a historical and forward basis.

While revenue growth has soared over the pandemic, and the company has been able to maintain its profitability despite inflation-related supply hikes, I still don’t see a 68.3x TTM P/E or 49.62x forward P/E justifying the financial performance. We see the same story looking at Seeking Alpha’s ratings.

Chipotle has A-‘s for both growth and profitability, however its valuation grade is an F. This is concerning to me, as investment returns are a function of price-paid. Investors don’t have a margin of safety at current prices and this leads me to my hold rationale.

In terms of Chipotle’s balance sheet, the company is in a sound financial position.

Looking at the above chart, cash increased 34% Y/Y from $608M to $815M. This excess cash will be used to repurchase shares opportunistically, as company management highlighted in its most recent earnings call. Chipotle has managed Inventories well, up 24% Y/Y. This is impressive considering the recent supply chain constraints within the food industry. With a current ratio of 1.58, the company has ample liquidity to support its short-term obligations.

Given Chipotle operates in a highly saturated industry, the company is always at risk of competition.

Some of Chipotle’s competitors are listed below.

While these companies are in direct competition with Chipotle, I believe the company stands well-ahead of the competition in terms of growth and popularity. This can be shown in the company’s revenue growth since the pandemic began versus its alternatives.

Chipotle has been able to increase its revenue nearly 2x the next best competitor which shows the competitive advantage the company has.

Chipotle is a fantastic business at a fair price. The company has terrific pricing power within the current inflationary environment and demand remains strong. My hold rationale stems from shares being richly valued at current levels despite recent/future growth assumptions. If shares fall into a deep pull back I will be more inclined to change my opinion, but the ‘F’ valuation tells the story in and of itself. I will make sure to continue monitoring the price action and update my rating as the market normalizes into the current rising rate environment. Until then, I believe investors stay away from shares at recent levels given my DCF shows that the company is priced to perfection.

Bank must put up rates again to prop up the pound, says top official

Bank of England must put...

The Driver and Vehicle Licensing...

In their first public comments...