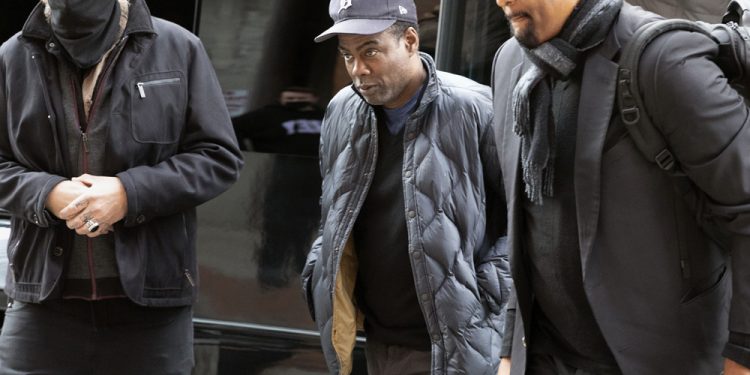 
While Will Smith issued a public written apology to Chris Rock on Instagram following his on-stage attack at the Oscars, it appears that he has not done it in person yet and the two have not spoken since the incident.

“I haven’t talked to anyone despite what you may have heard,” Rock said during the second show from his Ego Death World Tour at Boston’s Wilbur theater Wednesday night. We have reached out to Smith’s representatives for comment.

Like at the opening performance earlier Wednesday night, Rock did not directly address the altercation at the Sunday’s Academy Awards, in which Smith walked on stage and slapped Rock over a joke the comedian had directed at his wife, Jada Pinkett Smith, but again alluded to it.

According to sources, Rock said that his daughter didn’t get into first choice school, which was the real drag of last week, drawing laughs from the audience.

At the opening show, after he was greeted by the sold-out crowd with a three-minute standing ovation, Rock asked the audience “How was your weekend?,” noting that he is “still kinda processing what happened” and that “at some point” he will talk about “that sh*t,” and “it will be serious, and it will be funny.” He then added that he was “going to tell some jokes” before segueing to his set while a an audience member yelled “F*ck Will Smith.” You can hear his remarks below.

Rock will be in Boston until Friday before heading to his next show on the tour in Atlantic City.

Smith first addressed the slapping incident in his Best Actor acceptance speech on Sunday, in which he apologized to the Academy and his fellow nominees but not to Rock. Smith followed up with the written apology to Rock on Instagram on Monday. Rock had remained silent on the ordeal until tonight.