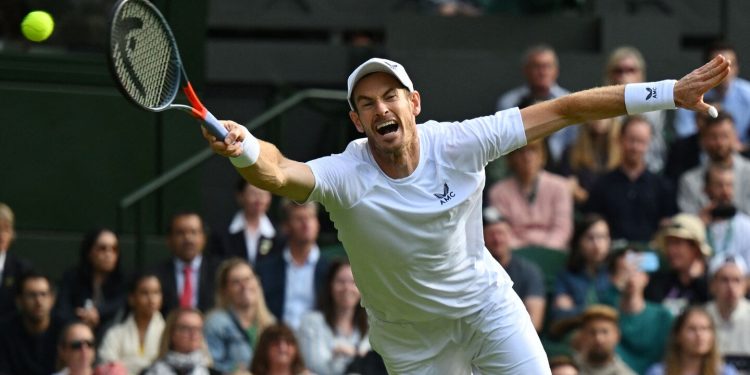 Andy Murray and Simona Halep, a pair of world No. 1 players who have claimed three Wimbledon championships and five majors between them, are among the final additions to Washington’s Citi Open this summer.

Murray, 35, claimed his first Grand Slam title on hard courts, winning the 2012 U.S. Open. He also won Olympic gold at the 2012 London Games, which was contested on the grass at the All England Club, and defended his singles gold at the 2016 Rio de Janeiro Games. In 2013, Murray became the first British man to win Wimbledon since Fred Perry claimed his third consecutive title in 1936. He won his second Wimbledon title in 2016.

From 2019: Nick Kyrgios, having ‘one of the best weeks of my life,’ scores the Citi Open title

It is the first major hard-court event leading to the U.S. Open, which gets underway Aug. 29, making it a popular drawing card as players transition from the grass-court season.

The Citi Open’s men’s event, classified as an ATP 500, is one rung higher than the women’s event (a WTA 250) in terms of the size of its field and the ranking points and prize money at stake. But over the decade in which Citi hosted a companion women’s event, before its sanction-holder moved the event elsewhere, it drew strong fan support and attracted a prominent field.

The Citi Open is one of five combined men’s and women’s tennis tournaments in the country. This summer’s edition also will include a 16-team doubles event for both men and women.

The men’s tournament has been a staple of Washington’s summer sports calendar since 1969. A companion women’s tournament was first held in 2011, and it returns this summer after a three-year absence. Pegula won the title when the Citi Open last hosted a women’s tour-level event in 2019.

D.C.-based venture capitalist Mark Ein acquired management rights of the tournament in April 2019, helping to solidify the event’s place on the Association of Tennis Professionals calendar. For more than five decades, the tournament has supported the Washington Tennis & Education Foundation, which provides free tennis and educational programs for children in underserved communities and is the event’s beneficiary.