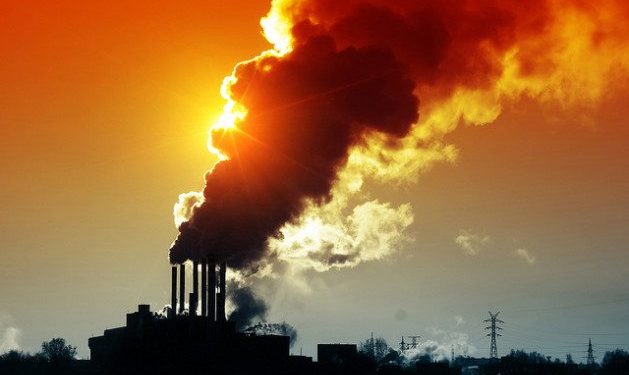 MADRID, Apr 05 (IPS) – While the world’s top scientists and experts continue their arduous work to finally submit to politicians at the 27th session of the Conference of the Parties (COP 27) in Sharm El-Sheikh, Egypt (7-18 November 2022), a new alert now emerges: the climate crisis has already become the single biggest health threat to humankind.

But this new alert should be no surprise: it rather constitutes the logic, expected consequences of the more and more intensive pressure of the life-keeping and life-saving natural resources.

No wonder: there are too many chemicals, lead, mercury, microplastics and a long etcetera, poisoning the air we breathe, the food we eat, the water we drink, the oceans, the soil, the forests, the indispensable biodiversity and now also the world’s large reserves of water in both the North and South Poles.

Several of these consequences are visible –though apparently unwanted to be seen: destructive floods, deadly droughts, unprecedented heatwaves, the Earth’s lungs are suffocated, biodiversity is lost. And there is an increased risk of new zoonotic diseases transmitted between animals and humans.

This year’s World Health Daymarked on 7 April, launched the new warning. In fact, the World Health Organization (WHO) estimates that more than 13 million deaths around the world each year are due to “avoidable environmental causes.”

The world body reminds of the following facts:

Half of humanity already lives in danger zone

In spite of these and other dangers, the world is visibly doing too little, not to say almost nothing. In fact, the goal to?limit future warming to 1.5 degrees Celsius, highlighted in the Paris Agreement on climate change, and driven home in last November’s COP26gathering in Glasgow, is now on “life support” and “in intensive care,” the UN chief told the Economist Sustainability Summit on 21 March 2022.

The United Nations’ Secretary-General António Guterres highlighted some of the progress made at COP 26 last year but pointing to “the enormous emissions gap” conceded that “the main problem was not solved – it was not even properly addressed.”

According to current national commitments, however, global emissions are set to increase by almost 14 percent during the rest of the decade.? Last year alone, global energy-related CO2 emissions grew by six percent “to their highest levels in history,” Guterres said, as coal emissions surged “to record highs.”

With the planet warming by as much as 1.2 degrees, and where climate disasters have forced 30 million to flee their homes, Guterres warned: “We are sleepwalking to climate catastrophe.”

If we do not want to “kiss 1.5 goodbye…we need to go to the source – the G20” (group of leading industrialised nations), the UN chief said.

Noting that developed and emerging G20 economies account for 80 percent of all global emissions, he drew attention to a high dependence on coal but underscored that “our planet can’t afford a climate blame game.”

“Countries could become so consumed by the immediate fossil fuel supply gap that they neglect or knee-cap policies to cut fossil fuel use,” Guterres insisted.?“This is madness.”

As fossil fuels reliance continues to put the global economy and energy security at the mercy of geopolitical shocks and crises, “the timeline to cut emissions by 45 percent is extremely tight.”

No cure in sight

In spite of all the feasible remedies indicated by the world scientific community –and the visible effects of the ongoing climate emergency– there is no actual cure in sight.

See what is at stake:

Carbon dioxide is the single most important greenhouse gas in the atmosphere, accounting for approximately 66% of the warming effect on the climate, mainly because of fossil fuel combustion and cement production

There are more lethal gases and fewer, weaker sinks

With one million species endangered, the web of life is at risk of extinction

Half world’s population, exposed to floods, storms, tsunamis, by 2030

The “Kidneys of the Earth” Are Disappearingas Wetlands, which are considered as a natural solution to the global threat of climate change. They absorb carbon dioxide, help slow global heating and reduce pollution, hence they are often referred to as the “Kidneys of the Earth”. Specifically, peatlands alone store twice as much carbon as all the world’s forests combined

Projection indicate that there will be a severe water stress, absolute scarcity for 2 to 4 billion humans by 2025

Meanwhile, the too harmful march of salt and plastics continue unabated on world soils

And there is another major consequence: millions of humans are attempting to escape the devastating impact of the climate crisis, fleeing their homes as migrants and refugees. What would Europe, the US, do with one billion climate refugees?

Should all the above not be enough, please also know that the World Health Organization has just launched a global bug-busting plan to prevent new pandemics, which are feared to be fueled by climate change.

The plan is aimed to stop the spread of common, mosquito-borne diseases – known as “arboviruses” – which threaten more than half the world’s population. And the main target of the initiative is four of the most common arboviruses: Dengue, Yellow fever, Chikungunya, and Zika.

The World Health Organization poses some sound questions: Are we able to reimagine a world where clean air, water and food are available to all? Where economies are focused on health and well-being? Where cities are liveable and people have control over their health and the health of the planet?

Up to you to judge!