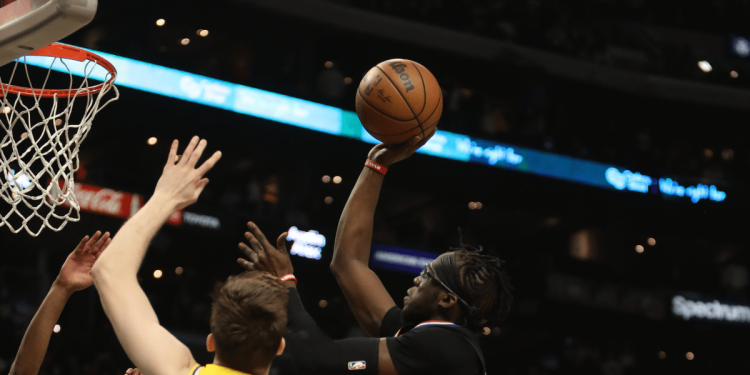 The Lakers were 12.5 seconds away from completing a comeback after trailing the Clippers by as many as 17 in the Battle for Los Angeles on Thursday.

Lakers forward Anthony Davis finished an alley-oop from Russell Westbrook to take a 110–109 lead. But, then Reggie Jackson stole the show.

With the clock winding down, Jackson went the length of the court and dribbled to the left corner baseline. There, he was loosely guarded by Lakers guard Austin Reaves before Westbrook came over to create a double team. Jackson made a spin move and split both defenders to convert on a layup.

The Clippers led 111–110 with 4.1 seconds to play. The Lakers had one more shot at the win but Davis missed on a driving layup. In a game without LeBron James, Davis led all scorers with 30 points with two other Lakers players—Westbrook (17 points) and Malik Monk (21)—finishing in double figures.

Marcus Morris Sr., who hit a clutch three-pointer with 18 seconds remaining in the game, led the Clippers in scoring with 29 points. Jackson finished with 25 points, followed by Serge Ibaka with 20 and Luke Kennard with 10 in the contest.

Currently, the Lakers (25–28) sit ninth in the Western Conference and have dropped six of their last 10 games. The Clippers (27–27) sit in eighth and 1.5 games ahead of the Lakers in the conference.

Genshin Impact version 2.5 livestream recap – everything coming in the next major update

Genshin Impact version 2.5 livestream recap - everything coming in the next major update