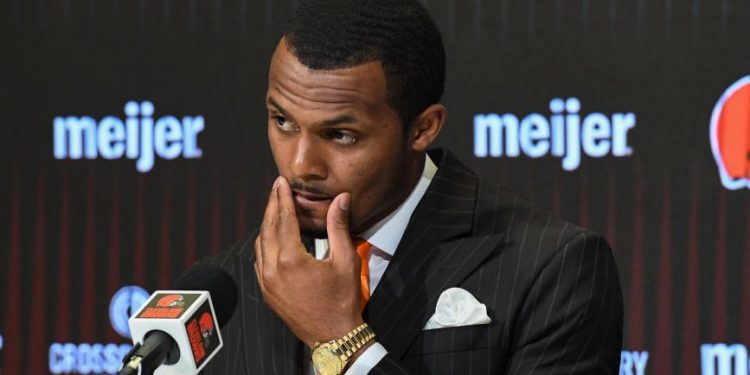 Whatever the NFL does when it comes to Deshaun Watson, it presumably needs to get it done before Week One.

Step one, the reported meeting with Watson that will happen this week. Step two, under the league’s new procedure as of 2020, the NFL proposes a punishment, if any.

Step four, the Commissioner or his designee handle the appeal, with the decision final and binding.

While the outcome is far from clear, it’s crystal clear that it’s going to take time. Camps open in roughly two months. The start of the regular season is 17 weeks away.

Don’t be shocked if word of the league’s proposed suspension becomes the centerpiece of the Memorial Day weekend bad-news dump. Maybe on Thursday instead of Friday to make it less obvious. Then, the Disciplinary Officer would kick the process into gear in June, perhaps issuing a decision just in time for the July 4th bad-news dump. Then the appeal would unfold in July.

The Browns deserve to know where their starting quarterback stands when training camp opens. Some would say that the Browns deserve nothing, that they assumed all risks and uncertainties when they traded for Watson and gave him a five-year, $230 million fully-guaranteed contract. While there could be some merit to that notion, it’s still unfair to the Browns or their opponents to have this situation lingering when camp opens and Week One looms.

The league has had months to figure this out. The time has come to do it. Inaction is not longer an option.