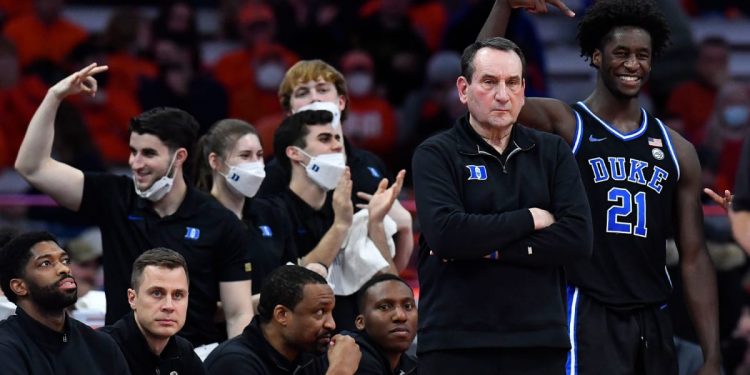 Mike Krzyzewski has made headlines throughout the season largely for his farewell tour; however, not all of the conversations have been positive, such as the coaching situation mentioned in Ian O’Connor’s new book, “Coach K.”

Excerpts from the long-anticipated book caught the sports world by storm on the same day as Duke’s home game against Wake Forest.  Included in these excerpts was a report regarding how Krzyzewski took over the search for his successor.

According to ESPN, the iconic Blue Devils coach “started to spiral” when the report came out, which also said it was Krzyzewski’s “goal to maintain control of the program.”

Debbie, his wife, said to ESPN that “he didn’t feel good all day because he was really upset.” She added that he tends to think out loud so she sat with Mike to talk the matter through.

But there’s more to this coaching and succession discussion than how the headlines read. ESPN’s Wright Thompson wrote that “the belief around Coach K is that the source quoted in the book overstated the coach‘s desire for control once he’s gone.” However, “a source close to both Coach K and Amaker described O’Connor’s reporting to me as accurate. What’s clear from this private dispute being made public is that the succession plan left some damaged feelings.”

At the end of the day, Krzyzewski was reportedly worried about hurting the feelings of “a member of the tribe.”

Amaker played at Duke from 1983 to ‘87, and he still holds the school record for consecutive games started (138). He served as an assistant coach for the program in the 1990s before leaving to coach at Seton Hall. He later coached at Michigan and Harvard. Scheyer, who also played at Duke, has never coached at another program.

Saturday marks Krzyzewski’s last regular season game, and it just so happens to be against Duke’s Tobacco Road rival—North Carolina. Heading into the game, the Blue Devils will do no worse than tie for first place in the ACC regular-season standings for the first time since 2010. If Duke comes out as the better blue and beats the Tar Heels, it will mark the first time since 2006 the program took first place outright.