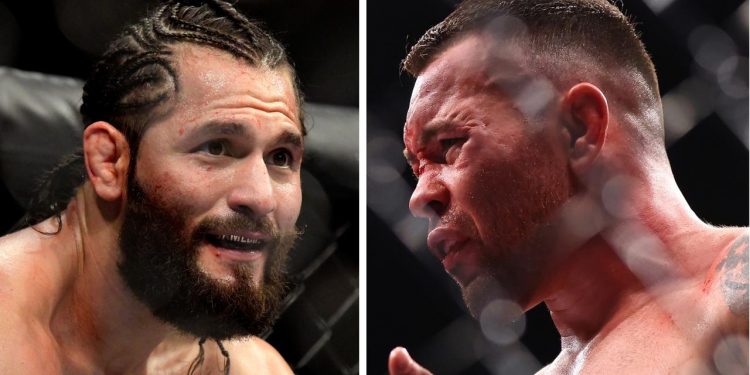 
There is no title on the line at UFC 272’s headline event, nor will it decide who is next to face Kamaru Usman for his welterweight crown.

And yet, this Sunday still shapes as one of the most highly-anticipated grudge bouts of the year, as Jorge Masvidal and Colby Covington finally settle their longstanding feud.

For many years though, the two were best friends — “family” — as Masvidal put it in an Instagram post with Covington and Yoel Romero in 2015.

Five years later and with tensions between the pair at boiling point, Covington was kicked out of the American Top Team [ATT].

The pair had been training together at ATT long before that “filthy animals” speech and that pay dispute with striking coach Paulino Hernandez, who Masvidal calls a ‘second father’.

The friendship first found its roots over a decade ago in 2011, only blossoming from that point to the extent that Covington would later refer to Masvidal as his “best friend”.

The feeling was mutual, with Masvidal calling Covington his “little brother”.

“I’m showing him how to strike, he’s showing me how to wrestle,” Masvidal said.

But everything changed in 2017, when Covington travelled to Brazil to fight Demian Maia.

At that point the American was 12-1 but felt he needed to do more to make a statement in the welterweight division, so he took to the microphone.

After securing victory, Covington called the Brazilian fans “filthy animals” and their homeland a “dump”.

It was the start of a new persona for Covington, one which has seen him widely condemned by the UFC community.

Trash-talking is one thing. Xenophobia and bigotry is another entirely.

That was not the end of the story though.

Covington’s comments saw Brazilian fighters at ATT refuse to train with him in protest while the feud with Masvidal escalated after a pay dispute with his coach Paulino Hernandez.

Hernandez claims Covington agreed to pay him five per cent of his purse, not including sponsorship money, once he became his full-time coach.

This was not agreed to in writing but in words, built on mutual respect and trust that would soon be broken after Covington’s interim title fight with Rafael dos Anjos at UFC 225.

‘NOT A FAN OF RATS’: UFC’s most hated man destroyed by Aussie duo

Hernandez said he only received $5,000 in return and Masvidal claims Covington had told him in advance he would not be paying his coach the full amount this time around.

Covington would go on to publicly lash out at Masvidal and Dustin Poirier, leaving ATT owner Dan Lambert with no choice but to evict him.

Masvidal said it was the dispute with Hernandez that “fast-forwarded” his falling out with Covington, adding he had already started distancing himself.

“I was already like, let me start separating myself from this guy little by little. And then, ‘Bam.’ Before I could even fully (separate), he betrayed my coach, didn’t pay him the money that was agreed upon, and I knew since then I’m gonna hurt this guy.”

Even now, Covington has continued to resort to personal attacks ahead of his fight with Masvidal, calling him a “deadbeat dad”.

“He’s a deadbeat dad, he doesn’t even talk to his children. That’s how much of a low-life scum he is,” Covington told Main Event’s ‘Fight Week’.

And Covington warns that ‘taking care’ of Masvidal will not mean putting him away early.

“Tactically, I’m going to pick him apart, from pillar to post,” he said.

“I want to make him squeal and pay.”

As for the allegations made by Hernandez and Masvidal, Covington called them “fake news”.

“That is the farthest thing from truth in the entire world,” he said.

“Jorge is so delusional. He doesn’t even understand that what he’s trying to base the percentage off of was something, I didn’t even make that much money that night. The reporter said I made X this amount of money but I made half that. It’s a complete lie.

“If you ask Dan Lambert, the owner of American Top Team, there is a rule when you fight you don’t pay any other coaches. You pay five per cent gym fee to the team and that’s it, he doesn’t want you paying any other percentages to the coaches because he’s going to distribute his five per cent out evenly to the coaches. I didn’t even have to pay any money to this striking coach. These claims are false, it’s fake news and it’s a lie.”

Just one of many lies according to Covington, who says the suggestion that Masvidal “took him under his wing” and mentored him in the early stages of his career is also not true.

“I’ve always been Jorge’s big brother since the start of us training together,” he said.

“This is the most excited I’ve ever been for any fight in my life. Honestly, I was willing to fight this fight for free, this is the type of grudge match and bad blood, family feud stuff that needed to happen. I would have done it for free. I can’t wait to shut his mouth.

“[He is no longer my friend] because he backstabbed me. It’s like the saying goes — everybody wants to see you doing well until someone starts doing better than you in life, then they get jealous. That’s what he got, he got jealous and envious of my success, that I was rising up.

“He didn’t like the attention I was getting in the gym and the UFC… so he turned his back on me.”

Masvidal feels just as strong too and so do his teammates, who are just as keen to see him put an end to Covington.

“I can’t tell you how riled up my teammates are,” he told The New York Post.

“They come hugging me — guys that they hardly talk to me — they come give me a pat on the back, hug me. They’re like, “Man, you’ve got to f*** this guy up. You need me for anything, you need help, my brother, I am right here for you.

But this is not a case of settling the score inside the octagon — it is well past that for Masvidal, who refuses to bury the hatchet regardless of the result on Sunday.

“Those are people I don’t side with. I don’t like that style of marketing whatsoever. If someone’s making fun of me, no hard feelings… but what do my kids have to do with it exactly?

Hydrogen group set to create 1,100 jobs in North of England

Hydrogen group set to create 1,100 jobs in North of England