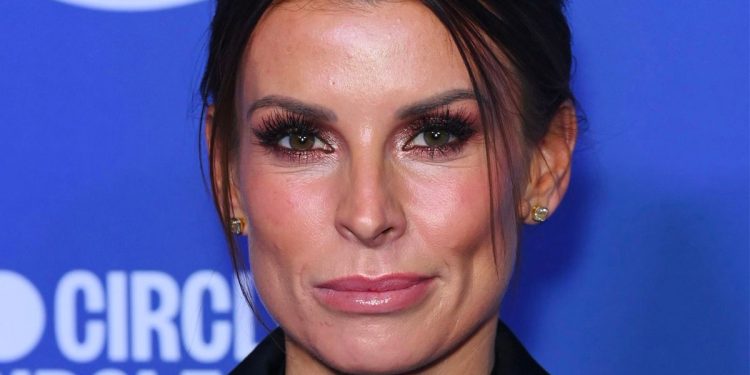 
Coleen Rooney ‘remains confident of winning’ the case between her and Rebekah Vardy later this year. A judge ruled today that Coleen will have to pay £65,000 towards Rebekah’s agent’s legal fee, after an unsuccessful bid to join her to the ongoing case

Coleen Rooney may have lost the latest battle in the ongoing court case between her and Rebekah Vardy, but the footballer’s wife is “pleased” with the latest update and “remains confident” of winning the case when it goes to trial.

Mrs Rooney has been refused permission to bring a High Court claim against Mrs Vardy’s agent as part of an ongoing legal battle between the footballers’ wives, originally dubbed the ‘Wagatha Christie’ saga.

The order comes after multiple WhatsApp messages between Mrs Vardy and her agent were examined in the High Court last week.

Coleen Rooney was ordered by a judge to pay £65,000 in costs to Rebekah Vardy’s agent
(

In light of the latest developments on Monday, Wayne Rooney’s wife and her legal team are looking forward to “seeing the results of the further extensive searches” of Mrs Vardy’s WhatsApp messages.

A spokesperson for Mrs Rooney has said that the mum-of-four is “pleased that today’s judgment leaves it open to her to bring separate legal action” against Ms Watt, and claimed the ruling “does nothing to alter the fact” that Mrs Vardy’s agent will be a witness in the current case.

Speaking as she ordered Mrs Rooney to cover Ms Watt’s legal costs, the judge said: “It seems to me that is a reasonable and proportionate sum.”

She added: “It is fair to say that a considerable period of time would have been needed given the standing-start the respondent had for what is, for the respondent, quite a substantial application.”

The court heard the date for the pre-trial review had not changed and was still expected to take place on April 13.

At the end of the hearing, Mrs Vardy’s barrister Hugh Tomlinson QC thanked the judge for “battling through Covid to produce a very comprehensive judgment”.

A spokesman for Mrs Rooney has stressed that the star remains confident she will win the case later this year.

“Coleen is pleased that today’s judgment leaves it open to her to bring separate legal action against Caroline Watt, following the details of telling WhatsApp conversations between her and Mrs Vardy laid before the court last week,” a representative for the star said on Monday.

“The judgment does nothing to alter the fact that Ms Watt will be a witness in this case. As such, she will be subject to cross examination under oath about her relationship with Mrs Vardy and the media and on the meaning of the WhatsApp messages.”

They continued: “In the light of this, Coleen and her lawyers look forward to seeing the results of the further extensive searches ordered today by the judge of Mrs Vardy’s WhatsApp messages with relevant parties, including the manual search of Mrs Vardy’s messages with Caroline Watt.

“In accordance with today’s ruling, Instagram will also be formally be asked to assist with disclosure of relevant Instagram data.

“Coleen and her legal team remain confident of winning this case when it comes to trial in May,” they concluded their statement with.

Mrs Vardy, 39, is suing Mrs Rooney, 35, for libel over an Instagram post she made in October 2019, in which she claimed Rebekah’s account was behind a number of stories which had appeared in the papers – a saga now dubbed Wagatha Christie.

Rebekah, wife of Leceister City striker Jamie, has vehemently denied being involved in the leaking of stories from Coleen’s page.

Coleen set up her own sting operation to catch whoever had been passing on information from her private page to the press, after growing suspicious someone on her close friends list was betraying her trust.

The footballer’s wife said she posted a series of fake stories and blocked all her followers apart from Rebekah’s account.

Rebekah has always denied she was behind the leaks, insisting a number of people had access to her Instagram page, and sued for libel in a bid to clear her name

Knowledge of racism’s impact on health is key for physicians to intervene, study finds

Knowledge of racism's impact on health is key for physicians to intervene, study finds