Supermarket giant Coles will face court for underpaying workers $115 million, with the Fair Work Ombudsman alleging the chain has “significantly underestimated” the scale of wage theft within its business.

The FWO said on Thursday that Coles had underpaid 7812 staff in its liquor and supermarket businesses over three years between 2017 and 2020.

Most of the wage theft relates to underpaid overtime for managers on annual salaries – an issue that has also caught out rival Woolworths.

The FWO will also claim Coles underpaid public holiday rates and a range of other entitlements. Record-keeping breaches are also alleged.

Coles faces a fine of up to $63,000 for each breach of workplace laws, which means penalties may run into the tens of millions of dollars.

“This court action against Coles should serve as a warning to all employers that they can face serious consequences if they do not prioritise workplace law compliance,” Fair Work Ombudsman Sandra Parker said in a statement on Thursday.

Coles self-reported the wage theft last year. But on Thursday the FWO said it has “significantly underestimated” what its workers were owed.

Ms Parker said ensuring large businesses remediated workers correctly after being exposed for underpayments was a priority for the FWO.

“Employers must ensure wages being paid are sufficient to cover all minimum lawful entitlements for the hours their employees are actually working and the work they are actually doing.”

The alleged underpayments occurred in both regional and metro stores across every state and territory, the FWO said.

The FWO will allege Coles’ salaried managers often worked more than their contracted 40 hours a week, but were not paid proper overtime.

The regulator will utilise reverse onus-of-proof provisions under recent amendments to workplace laws to force Coles to disprove allegations that it underpaid workers and breached workplace record keeping laws.

Why General Motors is boosting its final 2021 outlook 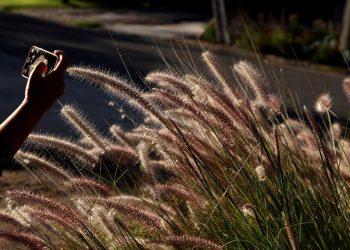