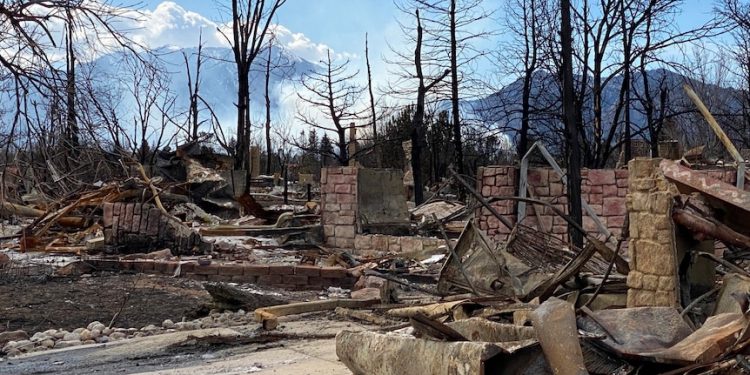 US authorities have issued an evacuation order for 19,000 people near a fast-moving Colorado wildfire in rolling hills south of the college town of Boulder, not far from the site of a destructive 2021 blaze that levelled more than 1,000 homes.

The wildfire had grown to 50 hectares by late afternoon with no containment on Saturday local time, according to the Boulder Office of Emergency Management.

Protected bushland was burning near the Table Mesa neighbourhood and the National Center for Atmospheric Research, Boulder police said on Twitter. Authorities have called it the NCAR fire.

The fire is in an area where a blaze destroyed 1,000 homes last year in unincorporated Boulder County and suburban Superior and Louisville.

Superior town officials told residents in an email that there were no immediate concerns for the community.

Eldorado Canyon State Park has been closed and authorities have ordered people hiking or climbing in the area to evacuate.

University of Colorado Boulder Police were evacuating the south campus and police blocked westbound traffic on roads near the blaze.

Emergency alerts were sent to mobile phones close to the research centre.

“Message is to EVACUATE area due to fast moving wildfire #boulder,” police said.

There was no immediate information on the cause of the blaze.