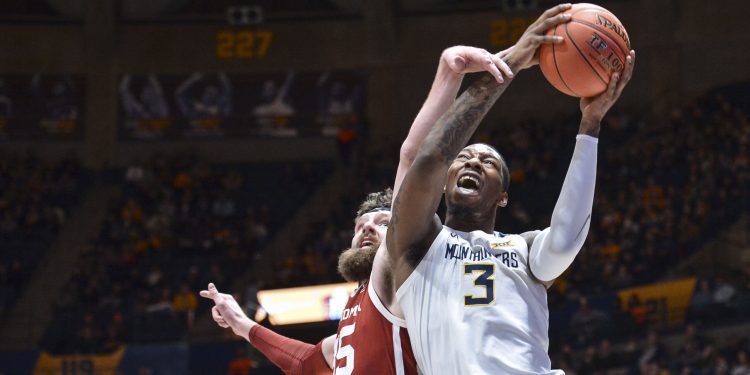 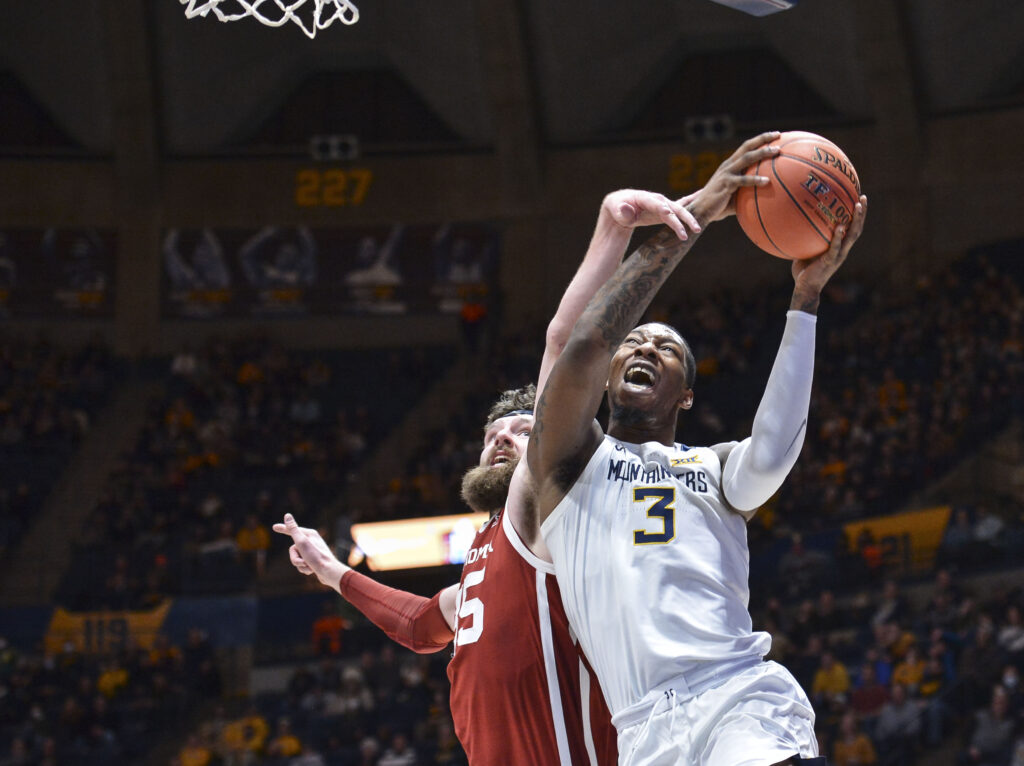 The crowd of 10,997 on Wednesday night against Oklahoma at the WVU Coliseum was jolted by the performance of Mountaineers forward Gabe Osabuohien, especially on the offensive end of the floor.

The problem was Osabuohien is far from the player you want to run your offense through, and as fun as it was to watch Osabuohien get creative by putting the ball on the floor, the lack of any flow, even from top scorers Taz Sherman and Sean McNeil, was troubling in the 72-62 loss to the Sooners.

Osabuohien led the team in scoring with 17 points. Again, not something WVU wants to happen, but what made it worse was not only were all eyes on Osabuohien from the stands, but also on the court from his teammates.

Just four days after head coach Bob Huggins said several players were not doing what they’re supposed to do offensively, going as far as threatening playing time if needed, the Mountaineers followed it up with one of their worst showings, especially in the first half.

“We don’t run an offense,” Huggins said Wednesday night after the game. “We have been above average defensively. Our offense hasn’t been good in quite a while.”

WVU shot 37.7% from the field and turned the ball over 15 times, compared to just seven assists, Forward Jalen Bridges, who scored 12 points, is at a loss as the Mountaineers have lost four straight and are headed to a two-game road trip at Arkansas on Saturday and at No. 4 Baylor on Monday.

“The older guys like me and [Osabuohien] need to get back and talk to the youngers guys and try and get back to West Virginia basketball.

“Because this right here? I don’t know what this is.”

Huggins blamed himself, saying he’s in charge and he’s the one who needs to fix it. But he also has an idea of what the problem might be, and it’s something he didn’t see at the start of the season — bad attitude.

“When your attitude goes, your game goes,” Huggins said. “You can see that from the NBA, down. We have guys who aren’t the same people (from the beginning of the season). For that matter, I’m not sure I have. Again, I’m not trying to blame it on them.”

Three years ago, in the middle of a tough season at 10-14, Huggins booted Esa Ahmad and Wes Harris off the team because they became a detriment.

According to Huggins, something similar isn’t off the table for this group, which sits at 13-6 overall and 2-5 in the Big 12.

With bad attitudes, “Honest to God’s truth, you cut it out,” he said. “Which I don’t really want to do, but if that’s what it takes, then that’s what it takes. We did that before here and it worked out pretty good. The guys that got cut were guys who had bad attitudes and were very talented guys. They destroyed the core of our team. You can’t do that.”