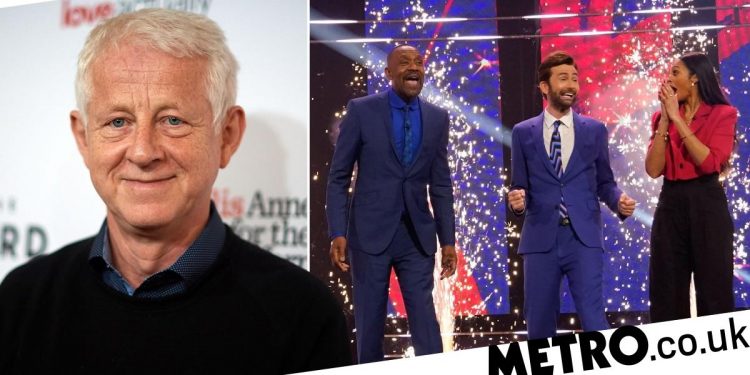 
Comic Relief co-founder Richard Curtis has praised the British public for their ‘extraordinary’ generosity in raising more than £42million.

Tom Daley’s four-day Hell Of A Homecoming challenge, a Rock Profile reboot sketch and appearances from the likes of Courteney Cox and Tom Holland aided in raising the huge amount during the Red Nose Day celebrations and challenges.

Following the show last night, which was hosted by Alisha Dixon, Sir Lenny Henry and David Tennant amongst others, Richard appeared on BBC Breakfast this morning, thanking those who had donated.

The screenwriter founded Comic Relief in 1985 with Sir Lenny.

He said: ‘The highlights are all the comedy, and we know that in advance, but then [there is] the outpouring of generosity when you hear the phones ringing and that people are still being generous and enjoying the show.’

He said the total raised on the night will continue to ‘shoot up’, adding: ‘You just think as the night goes on and the money keeps coming in, you think it is an extraordinary public that is being extraordinarily generous.’

The charity’s chief executive Samir Patel also told BBC Breakfast: ‘Times are tough. We have had a pandemic, the cost of living crisis, the situation in Ukraine, and we are so grateful for every single pound that came in – and that is what’s amazing – people will come out to help other people at times of crisis.’

He added: ‘We are completely astounded – given everything that is going on – at how much people came out to support other people.’

Donations will go to help those in poverty, as well as to help people in Ukraine and those fleeing the country amid the Russian invasion.

The annual TV special for Red Nose Day, which features a host of famous faces, did not disappoint (despite various stars dropping out after contracting Covid-19), with Dawn French and Jennifer Saunders delighting fans as they reprised their roles from The Extras.

Strictly Come Dancing’s Rose Ayling-Ellis and Giovanni Pernice had the reunion we’ve all been waiting for, while other stars including Rosie Jones learned how to become opera singers.

Comic Relief 2022 is available to watch on BBCiPlayer.