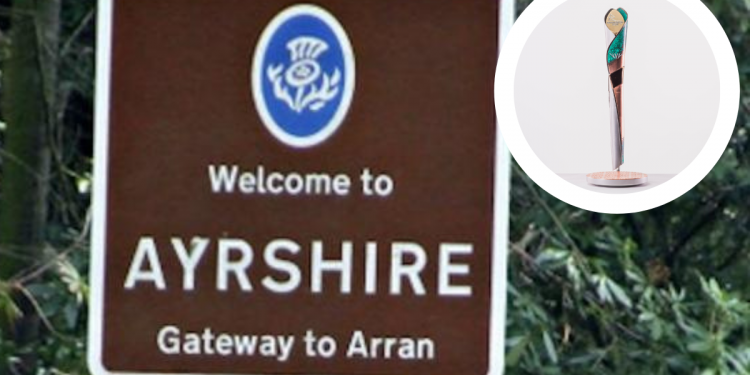 AYRSHIRE will play an important part in this year’s Commonwealth Games as the Queen’s Baton makes its way to the area.

Residents and visitors are set to welcome the Queen’s Baton during a visit to Ayrshire on Monday, June 20, 2022 – with Arran set to play host to the relay the day before.

Organised by North Ayrshire Council in partnership with Commonwealth Games Scotland and Team Scotland, the Queen’s Baton visit will reflect the important role of sport where everyone is encouraged to get behind Team Scotland.

With an aim to raise the profile of the Games, the unique relay tradition offers people across the country to have a rare chance to be part of the excitement and the Commonwealth celebrations.

Find out where you can see the Baton near you by reading our latest blog. https://t.co/KVFciSqL4o

In the run-up to the Queen’s Baton Relay visit, local primary schools across North Ayrshire will also take part in the North Ayrshire Young Athletic Championships, being held on Thursday, May 19 at St Matthews Academy to inspire budding young athletes of the future.

Jon Doig, Chief Executive at Commonwealth Games Scotland, said: “The Baton arriving to Scotland marks a fantastic opportunity for our local communities, schools and athletes to engage with the Games and we are looking forward with great anticipation and excitement to welcoming it back to the UK in the final build up to Birmingham 2022.”

Since its launch at Buckingham Palace in October, the baton has visited more than half of the 72 nations and territories of the Commonwealth and next month it will arrive in Scotland with visits to sporting clubs, schools, and notable landmarks all planned.

Exact details of the places in Ayrshire and Arran to be visited by the relay have yet to be revealed, but what is known is that the Scottish leg will start on Saturday, June 18, in Inverness, where it will travel down the Caledonian Way before visiting Arran on day two.

It will then travel through Ayrshire and Glasgow on day three and Edinburgh on day four before finishing in the Borders and Dumfries on day five.

The baton’s global journey will conclude at the Birmingham 2022 opening ceremony where the final baton bearer will return the baton to Her Majesty The Queen.

Fred Ward, Star of ‘The Right Stuff’ and ‘Henry and June,’ Dies at 79 – The New York Times

Fred Ward, Star of ‘The Right Stuff’ and ‘Henry and June,’ Dies at 79 - The New York Times