Commvault CFO: Risk of supply chain lingers, but ‘we’re getting well ahead of it’ 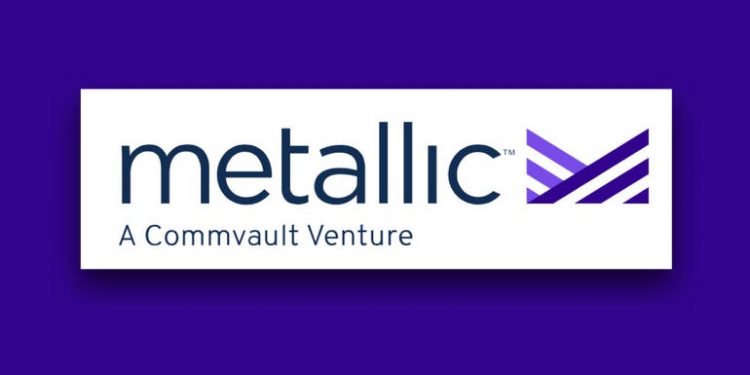 
Storage technology stalwart Commvault on Tuesday morning bounced back from a slowing of business in its fiscal second quarter, on a rising tide of large enterprise deals, reporting fiscal third-quarter results that topped expectations and an outlook that was higher as well.

In an interview with ZDNet via Zoom on Wednesday, CFO Brian Carolan said that the trend to larger deals continues for Commvault, without the hiccups the company had seen the prior quarter.

“We’re seeing a higher volume of larger deals, we’re getting into these conversations of these larger transformational transactions,” said Carolan.

That means selling not merely to the head of infrastructure or the IT backup person, but sales where “board-level directives are coming down to the CIO or CSO” to deal with things such as ransomware.

Regarding the global supply-chain snafus that have roiled corporate results, industry-wide slowing of shipments of computer systems and other components in Q2 had contributed to deal slippage.

Carolan said the risk is still out there, especially for large, transformational projects.

“We got ahead of it, we’re never immune to it,” said Carolan of the supply-chain issues.

The company, he said, is having “to ask questions we never had to ask before, such as how do we fit into this huge transformational project that you’re doing with hardware constraints and networking — because if you don’t have that in place, you can’t run our software on something that’s vapor, right?”

“But we’ve learned a lot of lessons, and getting well ahead of that when we can,” he said.

Those larger deals, for “six and seven figures,” were up twenty-four percent, including average selling price rising, on average. They now make up three quarters of the company’s software revenue, he noted.

While “The risk reward is sometimes they can slip,” he said of such larger deals, “the goal is to have enough of those in your pipeline, regardless of when you are closing or not, that you have enough to cover your expectations,” adding “I feel good about that volume increase,” referring to the twenty-percent rise in larger deals during the quarter.

Metallic, the cloud-based backup software product that debuted in October of 2019, continues to be a key part of those larger deals, said Carolan.

“Metallic is a big growth driver” to contracts, said Carolan. “Thank god we have it, because if we didn’t have that offering and the market was demanding it, we would be really in a different spot.”

Sales of Metallic are driving sales of Commvault’s traditional products, he said. “It’s helping drive one and the other.”s

The report sent Commvault shares up almost a percent in Tuesday’s session, despite broad market turmoil, and the stock was up another percent on Wednesday.

Revenue in the three months ended in December rose 8%, year over year, to $202.4 million, yielding a net profit of 67 cents a share.

Analysts had been modeling $195 million and 65 cents per share.

For the current quarter, the company sees revenue of “approximately” $202, higher than Wall Street’s consensus for $197 million.

Commvault doesn’t report stand-alone Metallic sales. He said the company will do so at some point in future. “We will break this out at the right time, we just want to make sure when we do this — we feel really strongly about having the pattern of predictability and making sure, what we say we’re going to do, we can deliver on.”

“It’s still in this kind-of hyper-growth relatively early stage of 18 months into it, so we need a little more time.”

Among the key metrics for Commvault, the company’s recurring revenue was 81% of total company revenue, at $164.4 million. That was up from 79% in the prior quarter and 76% in the year-earlier quarter. The company’s set a multi-year goal for recurring revenue to be 80% to 85%, it told analysts back at its annual investor meeting in February.

The company’s annualized recurring revenue, a measure of the value of contracts measured out in time by one year, totaled $561.2 million, which rose by 11%, year over year. The company at the February investor meeting set a goal for ARR to rise by “10% or more, annually,” over time.

Commvault is going through a “model transition,” Wall Street jargon for when a company changes how it sells. From having sold typical perpetual use licenses to software, the company is moving its customers to subscription-based pricing and SaaS consumption-based pricing.

As that happens, recurring revenue grows faster, though the phasing out of perpetual licenses can slow the overall rate of ARR growth. ARR growth was 11% in the quarter, down from 15% in the year-earlier quarter.s

Commvault discloses “subscription software and product revenue” in its results. That total was $70.4 million in the quarter, up 45%, year over year, and the category now makes up 71% of the company’s revenue, up from 55% a year earlier, reducing perpetual license revenue to less than a third.

Historians reveal plans to reconstruct a 40ft Iron Age broch in Caithness - the first in 2,000 years