Companies must not use facial recognition to judge staff, says Council of Europe

The use of facial recognition technology to hire and fire people based on their moods, personality or level of engagement in the workplace should be outlawed, according to proposals to be unveiled on Thursday by the 47-country Council of Europe.

Private companies would also need to gain the specific consent of individuals for use of their facial recognition data, according to the plans seen by the Financial Times.

The plans drawn up by an expert committee consisting of representatives of council member states are non-binding but are also the most extensive proposals in Europe for legislation on facial recognition. The Council of Europe is the guardian of human rights in the region and comprises every country save Belarus — and includes the UK, Russia and Turkey.

“Forty years ago, the Council of Europe introduced the first binding international legal standards for data protection,” said Marija Pejčinović Burić, the council’s secretary-general. “Today we are tasked with ensuring that facial recognition technology also respects the rights to which we are all entitled by law.”

The use of facial recognition to appoint staff or give access to insurance, education or policing is potentially discriminatory and should be prohibited, the proposals say. 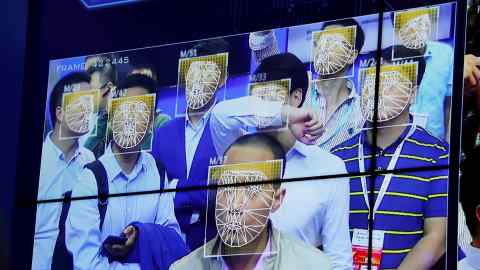 The deployment of the technology to work out people’s race, sex, religion, age, health or social status would also be outlawed unless legal safeguards are in place to prevent discrimination. Private entities’ use of facial recognition technologies would require the explicit, specific, free and informed consent of people whose biometric data is processed.

The European Commission is separately drafting new rules to regulate artificial intelligence with proposed legislation expected during the first quarter of this year.

Regulators in Brussels are worried about the potential infringements on citizen’s fundamental rights, including the invasion of privacy, as well discrimination based on sex or political ideology.

The legislation is aimed at tackling the opacity of how algorithms work, to avoid bias.

EU officials had originally considered a blanket ban on facial recognition for five years in public spaces but have instead left it to member states to impose the ban after strong opposition from nations in the bloc.

The proposals, however, are still going through the European Parliament, which will ultimately pass the new laws. Some members of parliament are still pushing for a prohibition of facial recognition in the bloc.

An amendment tabled by Emmanuel Maurel of the French Socialist Party and leftwing French MEP Manon Aubry called for the European Commission to consider a total ban of the use of the technology by law enforcement agents. It also called for a prohibition “on the use of automated recognition, in public spaces, of other human characteristics such as gait, fingerprints, DNA, voice and other biometric and behavioural signals”.

Pete Davidson opens up about mental illness with Glenn Close